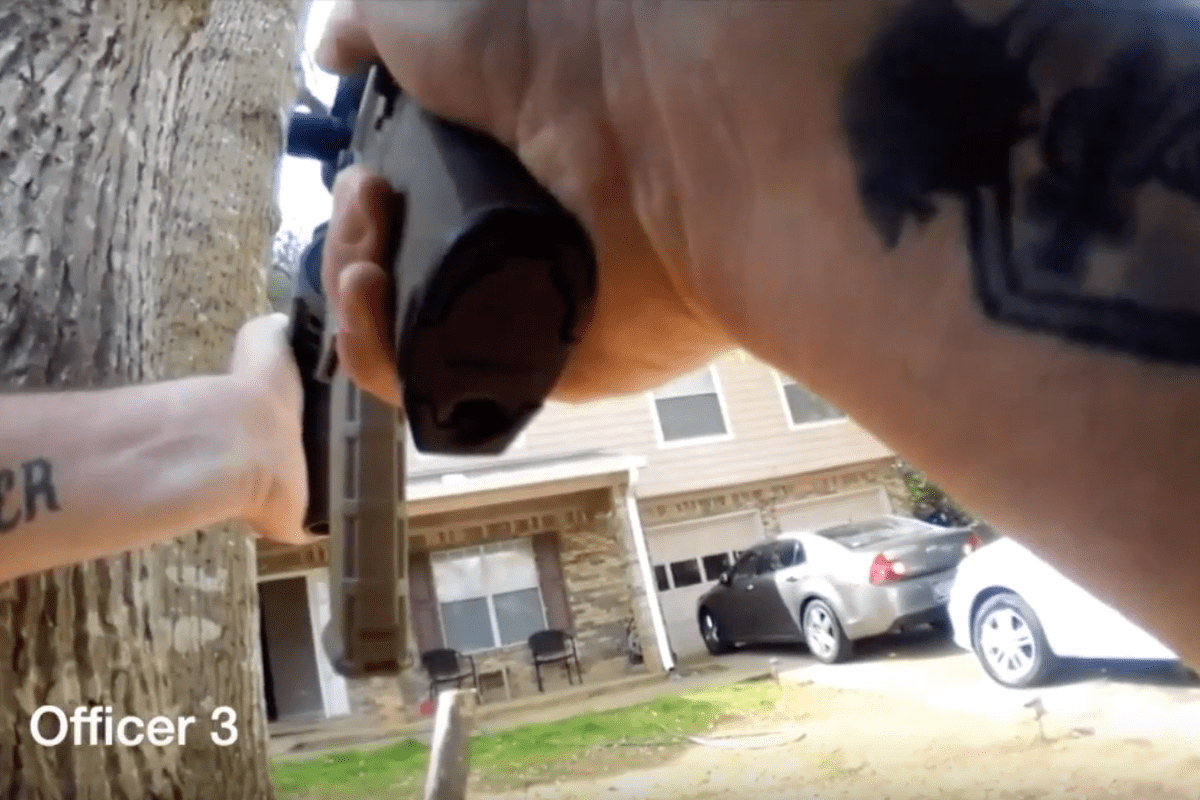 Three people were left dead, including a hostage taker, after a daylong standoff with police in suburban Atlanta. Two police officers were also injured in the shootout.

The beginning of the standoff, in which Henry County officers first entered the home in question and immediately came under fire, was captured in body camera footage that the Henry County Sheriff’s Office has released to the public.

In the video, officers can be seen forcefully entering the home and immediately being fired upon. Both of the officers who were shot are seen in the video.

Though both of the officers who were shot are in stable condition, the standoff still ultimately ended in tragedy. The hostage-taker killed his pregnant girlfriend and her teenage son before ultimately taking his own life. The standoff began after police were called because the woman’s sister found her dead body in the home. The woman’s sister told reporters that the baby shower for her sister was supposed to be this Saturday and that the man had no history of violence before this incident.

Sister of murdered pregnant victim and mother of teen killed says shooter had no history of violence. She described finding her body at the home Thursday morning before the standoff. Says she was due to have a son on April 23rd and the baby shower would have been tomorrow pic.twitter.com/tSYDobU0GT

At the time the standoff began the pregnant woman’s teenage son was still alive and being held as a hostage. Police are unsure when he was killed.

This story was originally published April 5, 2019.