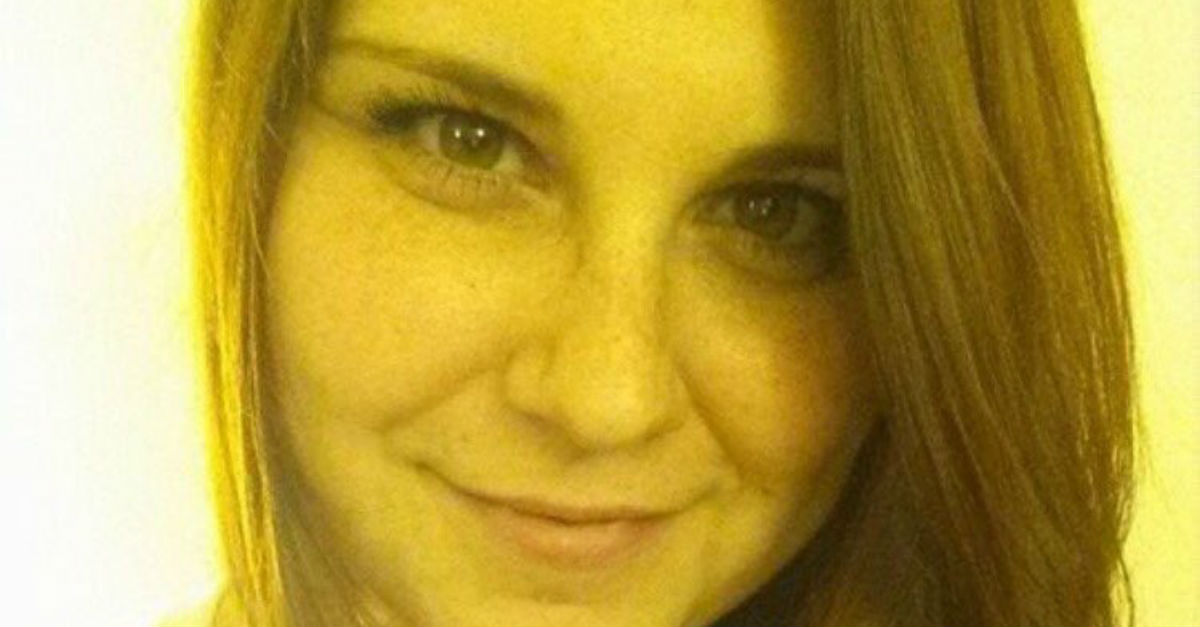 Heather Heyer, 32, lost her life after a man plowed his car into counter-protesters at a white supremacist rally in Charlottesville, Va.

RELATED: A police helicopter has crashed near Charlottesville’s woods with fatal consequences — here’s what we know

The New York Daily News reports that Heyer worked as a paralegal at the Miller Law Group, a Virginia law firm. She was killed as she crossed the street with other counter-protesters.

“She died doing what was right. My heart is broken, but I am forever proud of her,” said childhood friend Felicia Correa. Correa spoke on behalf of Heyer’s mother.

RIP | Friends and family have identified the 32-year-old woman killed in Charlottesville as Heather Heyer, a paralegal from Greene County. pic.twitter.com/09MbLsQPIg

Ohio resident James Alex Fields, Jr., 20, was taken into custody by police shortly after videos showed a silver Dodge Challenger registered under his name speeding toward a crowd, hitting people and cars in front of it and then backing out of the street.

He is being held on suspicion of second-degree murder, malicious wounding and failure to stop in an accident that resulted in death, according to CNN.

“I told him to be careful,” his mother, Samantha Bloom, told the Toledo Blade. “[And] if they’re going to rally to make sure he’s doing it peacefully.”

Bloom recalled that her son told her he was on his way to an “alt-right” rally in Virginia.

“I thought it had something to do with Trump,” she admitted, saying that she tries to stay out of her son’s political views.

“If you’re not outraged, you’re not paying attention” is one of the last posts that can be seen on Heyer’s Facebook.

A GoFundMe has been set up for Heyer’s funeral expenses.