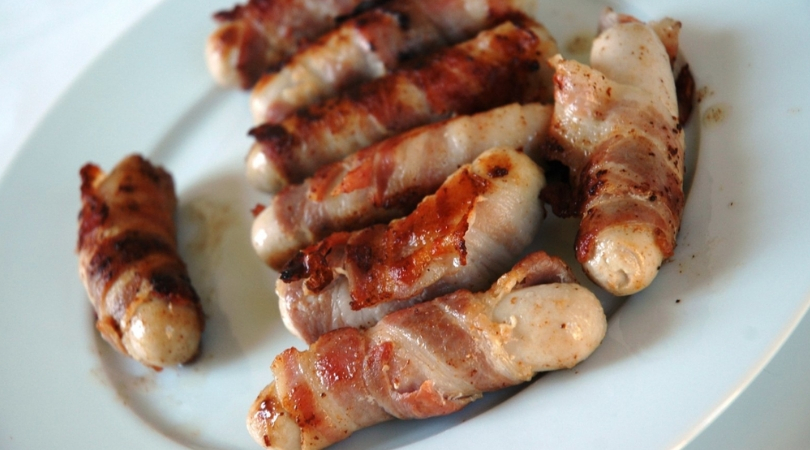 And here I thought today was going to be a good day. As I opened my computer, trying to see what the world was up to, I ran into this terrible, terrible, news. According to a new study, experts found that processed meats like sausage, ham, and BACON could increase the risk of breast cancer! Yes, experts stated regularly consuming 25 to 30 grams of processed meat a day works out to a 9 percent increased risk. This according to an analysis of a previous study that looked over 1.2 million women.

The findings were researched by the World Health Organization and published in the International Journal of Cancer, which categorized the processed meat as a carcinogen, finding that eating it can cause not just breast cancer, but several types of cancer. So, what exactly is processed meat? Anything and everything that has been preserved by smoking, salting, curing, and have preservatives added to them so they don’t go as bad as fast as they probably should.

So, yeah, I know what you?re thinking, we can always cut back on all that food, it?s not good for our body. BUT, scientists believe that people shouldn’t cut processes meat from their diets entirely, rather just ?warn? them about the whole situation with caution and advice to stop eating an excess amount of meat.

Still, after reading the study, I have to say I?m pretty taken aback since there are many questions that are left unanswered. Like, how much can I eat a day? I mean, It?s not like I eat over a pound of bacon in one sitting, right? Even I know that can?t be good for your body.

The study didn?t exactly prove that increased processed meat intake led directly to breast cancer, and authors did accept that previous studies into the connection between the meat and breast cancer had produced ?inconsistent? results. While the evidence for classifying processed meat as a carcinogen is strong, the risk to any individual getting cancer from it is small, and it’s most relevant on a population level. Why? Well, the 15 of the 16 studies used different definitions for what the highest consumption of processed meats was. In other words, researchers aren’t completely certain if it was or wasn’t the processed meats that caused the participants to develop breast cancer.

So what does this mean for us meat lovers? Well, moral of the story, if you want to stay healthy and avoid any risk problems from consuming a whole pack of bacon in one day, maybe just tone it down a little bit and eat the normal amount. Two strips…maybe three…or four. No more than five, for sure.

These studies give me a headache, back to square one we go.