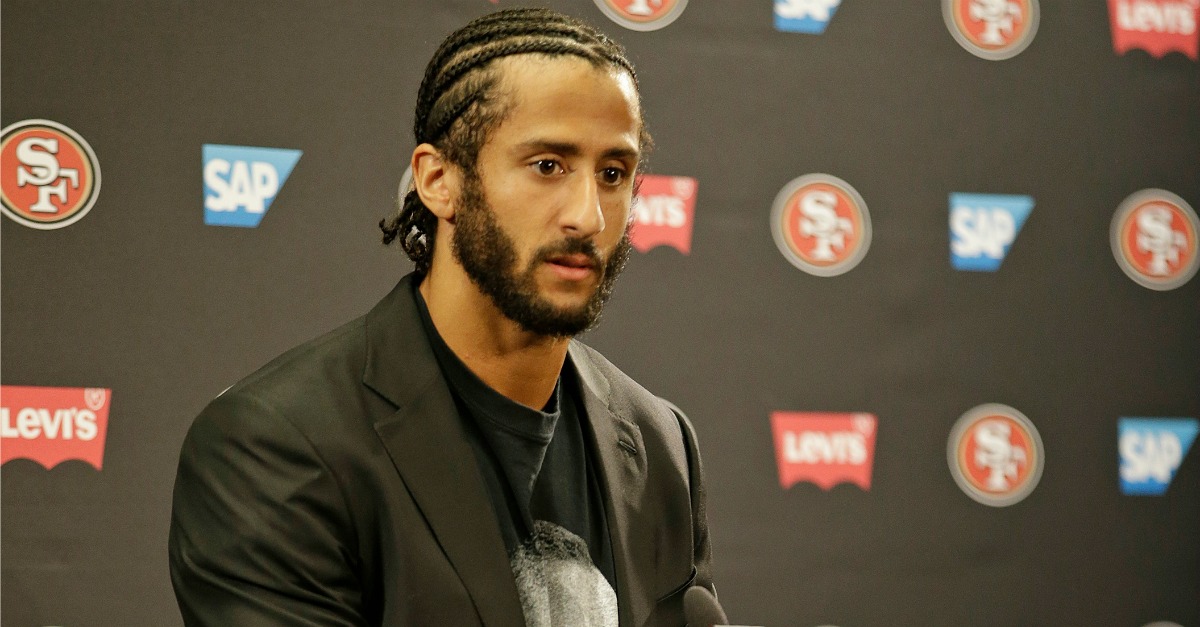 A Missouri bar owner is defending his use of two NFL jerseys, including Colin Kaepernick’s, as doormats outside his building’s front door.

KOMU-TV reports the display outside the SNAFU Bar in Lake Ozark originally showed Marshawn Lynch’s Oakland Raiders jersey taped to the ground to the left of Kaepernick’s 49ers jersey.

After someone who saw the display complained on the bar’s Facebook page that the arrangement of the names could be construed as a message calling for violence against Kaepernick, the station reports bar owner Jason Burle switched the jerseys’ placement.

Burle tells the station he meant no personal harm by the display. He says the jerseys were put there to protest NFL players kneeling during the national anthem and insists “it’s not a race thing.”