A Virginia restaurant and bar is vowing to stop showing NFL games until players stop kneeling for the national anthem.

“Enough is enough,” Fat Tuesday’s in Fairfax, Va., wrote in a Facebook post to customers. “As proud parents of an active duty member of the US Army and a veteran of Afghanistan, we stand on the side of our brave men & women in uniform not the men in sports costumes that take a knee and disrespect our country, our National Anthem, our military and our veterans.”

“We place a much higher value on our great country than any sporting event,” the announcement continued. “Therefore, we will not be showing any NFL games at Fat Tuesday’s until there is a stop to this foolishness.”

Owner RL Butler said he and his wife came to the decision after this weekend’s NFL games, which saw whole teams protesting during the national anthem and a number of head coaches and team owners linking arms with them in solidarity. While he doesn’t have an issue with athletes using their platforms to protest and bring awareness to issues, he doesn’t think it should be done during the anthem.

RELATED: 6 ways you might be disrespecting the flag without even knowing it

“It’s not about protesting as much as it’s the way they’re doing it,” he told Rare. “You can protest all you want any other time and place, but when that song starts playing, you stand.”

So far, they’ve received a mixture of positive and negative feedback from patrons and Facebook users alike. While the Butlers are willing to wait and see what other responses they get, they don’t plan on reversing the new policy anytime soon. 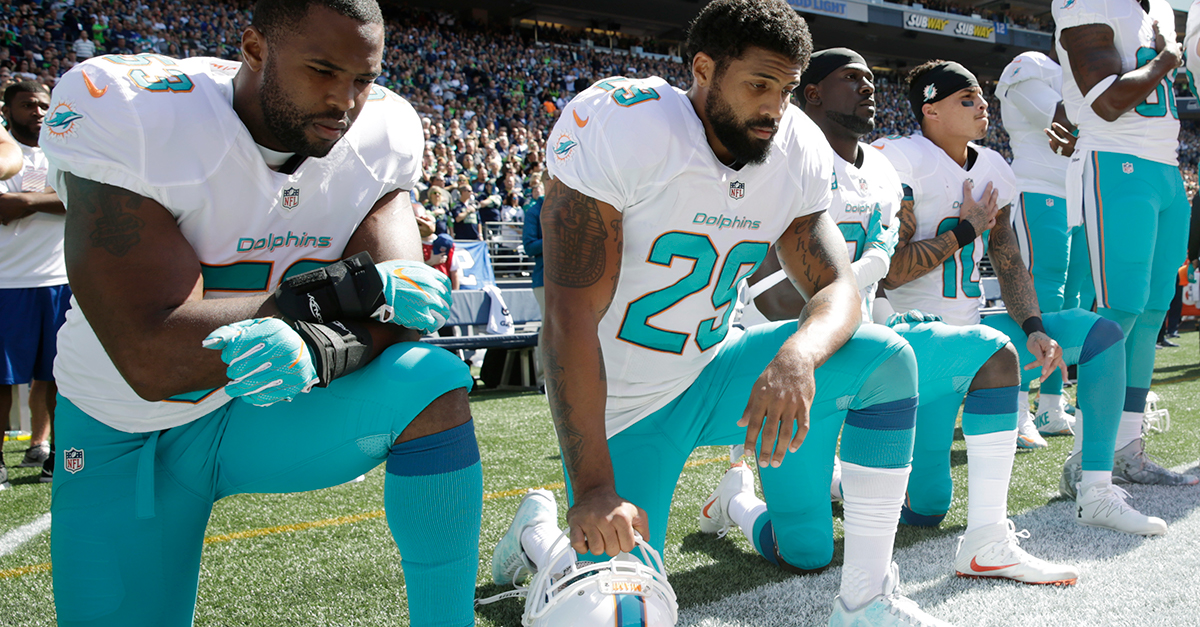