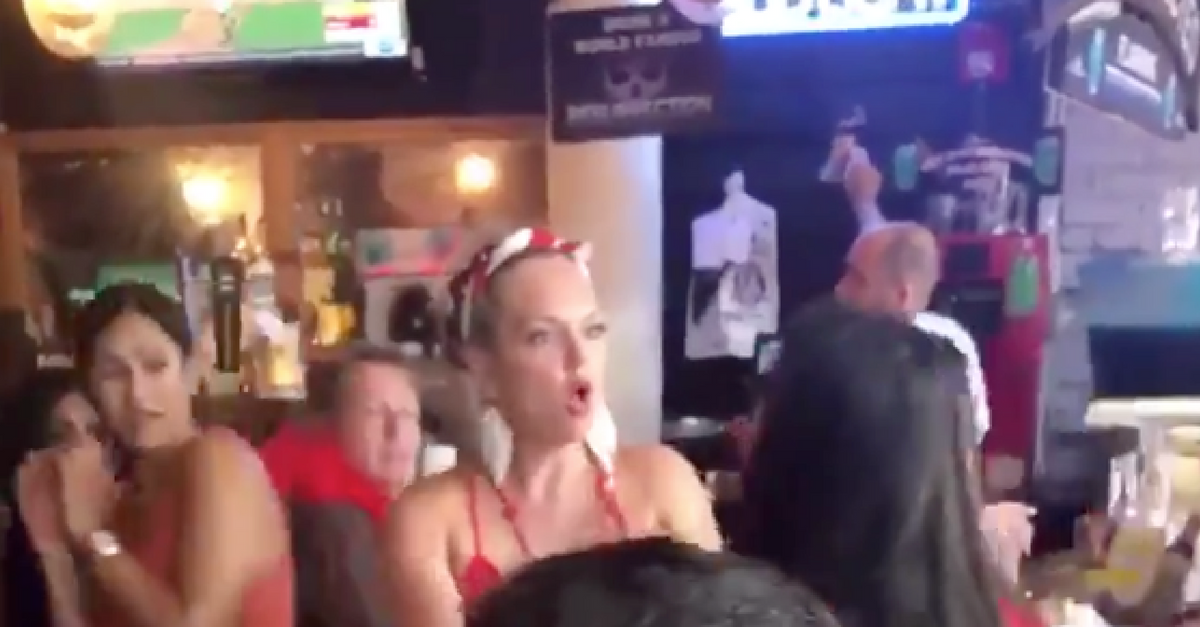 It doesn’t matter if you’re some creepy middle-aged guy at Hooters with a Tommy Bahama shirt on your back and wing sauce all over your hands, or a seemingly innocent blonde girl, the rules are the same: keep your hands to yourself because there are zero butts beside your own that you are allowed to smack without permission.

The latter unexpectedly and brutally learned that lesson on a recent trip to New Orleans. Thinking, presumably, that because she is a woman she is allowed to smack another woman’s (or probably anyone’s) rear with impunity, the unnamed blonde girl in the video below got a literal in her face reassurance from the bartender she treated like an object that her assumption about whose butts she’s allowed to smack was not correct.

It’s hard to blame the bartender for her actions here. She was literally violated by the blonde girl. Oh and apparently this bartender also has to deal with this sort of crap all the time.

Yeah, after a (probably short) while this apparently all too frequent occurrence would become pretty impossible to handle with grace. Sooner rather than later any of us would probably end up throwing hands instead of turning around and giving stern warnings. You smack someone for violating you and guess what? No one else is going to do it. At least not until the bar clears out and a new crowd comes in and the entire ordeal is repeated.

It’s also clear that this happens a lot because the intervening bouncer in the first video has body language that clearly says, “Dammit not again. Alright lady get outta here before she kills you and I don’t stop her.”

Again, it doesn’t matter who you are. Don’t disgustingly violate the personal space of others. Not hard!

Watch: Pour, Swirl, and Savor These 10 Health Benefits of Whiskey