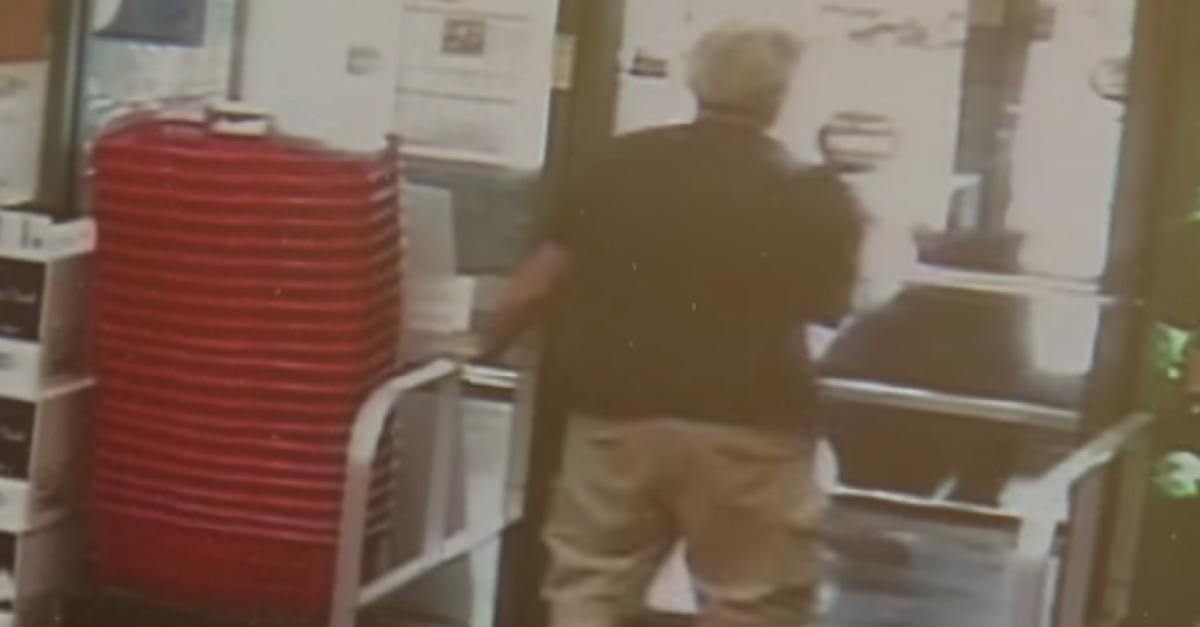 If you think something as trivial as a wild bear is going to stop a man from getting the bourbon he needs to make life worth living, then you, sir or madam, are sorely mistaken. Take it from this old Connecticut guy who, with absolutely no regard for the fact that he is old and fragile, or that a frightened killing machine is within feet of him, walked right on in to his local liquor store.

But actually, maybe don’t serve this guy right now? I’ve been “couldn’t see a bear no matter how close it was” drunk before and trust me, you don’t need anymore drinks after that. I think this guy actually walks into the store with a beer in hand. (That’s definitely not a LaCroix.)

It’s probably fitting that the name of this Bristol, Connecticut liquor store is called Crazy Bruce’s Liquors. Sounds exactly like the type of place where somebody would get attacked by a bear, either a wild one or one that the owner had brought in for a promotion and then got loose and started mauling people. I’m sure the Big Bear Wine & Liquor store in Pueblo West, Colorado probably considered it at some point.

Now I want to see a cartoon bear character who, like Yogi the Bear and Winnie the Pooh, has an incessant food craving, but instead of picnic baskets or honey, it’s tequila. The bear just gets blasted 24/7, and gets really emotional when he’s wasted. Yells at nothing, cries, passes out in dumpsters. You know, normal tequila stuff. We’ll call him Barfy the Bear (because he’s always barfing, because of the tequila).

Thankfully the employees of the store, who said there was no procedure in place for dealing with a bear intrusion, which sounds like a real oversight, were quick to lock the doors to keep the black bear out. Fortunately for everyone involved, including Barfy, the black bear soon ran off without injuring anyone.

Editor’s note: This article was originally published on August 13, 2018.