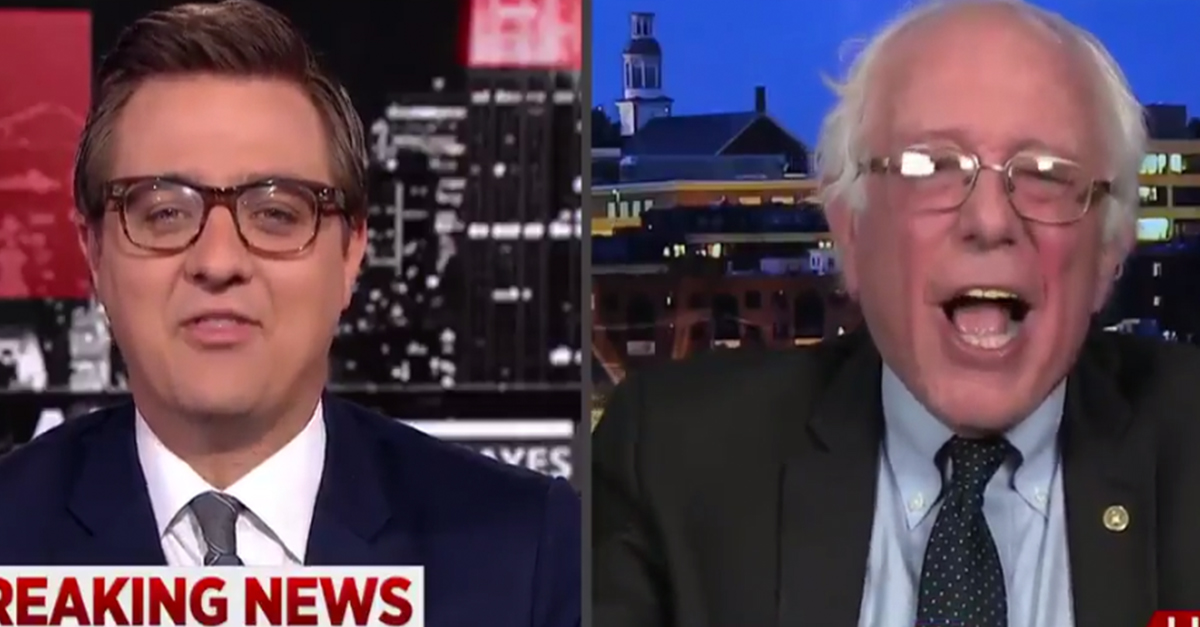 During a Thursday night appearance on MSNBC, Senator Bernie Sanders (I-VT) couldn’t contain his laughter after watching a video of President Donald Trump.

“I shouldn’t say this to our great gentlemen and my friend from Australia … cause you have better healthcare than we do,” Trump said. The Australian healthcare system is a universal healthcare system run by the government, in stark contrast to Trump’s American Healthcare Act and all he criticized about Obamacare.

Sanders, who is a proponent of universal healthcare had a nice chuckle.

“Wait a minute … the president has just said it,” Sanders said amid a mountain of laughs.

“Let us move to a Medicare-for-all system that does what every other major country on the earth does ? guaranteed healthcare to all people at a fraction of the cost per capita that we spend.”

Sanders later said that he would quote President Trump from the floor of the United States Senate. Don’t be surprised if Trump’s comment ends up in some Sanders speeches.