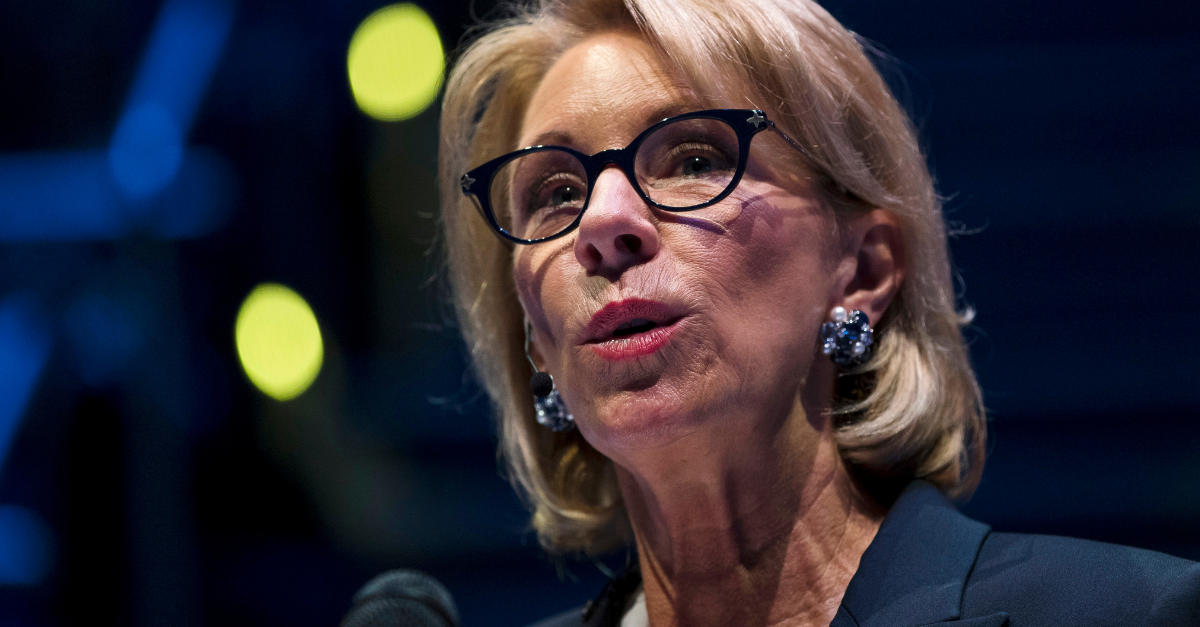 Education Secretary Betsy DeVos has proposed a major overhaul to the way colleges and universities handle sexual misconduct complaints, adding protections for students accused of assault and harassment and narrowing which cases schools would be required to investigate.

Her plan would scale back important Obama administration rules while adding mandates that could reshape the school disciplinary systems that schools have developed over the past decade.

Under the new plan proposed Friday, colleges would have to investigate complaints only if the alleged incident occurred on campus or in other areas overseen by the school, and only if it was reported to certain officials. By contrast, current rules require colleges to review all student complaints, regardless of their location or how they came to the school’s attention.

It adds several provisions supported by groups that represent students accused of sexual misconduct. Chief among them, it says accused students must be able to cross-examine their accusers, although it would be done through a representative to avoid personal confrontations.

The proposal effectively tells schools how to apply the 1972 law known as Title IX, which bars discrimination based on sex in schools that receive federal money. It applies not only to colleges and universities, but also to elementary and secondary schools.

The Education Department says the proposal ensures fairness for students on both sides of accusations, while giving schools flexibility to support victims even if they don’t file a formal complaint or request an investigation.

“We can, and must, condemn sexual violence and punish those who perpetrate it, while ensuring a fair grievance process,” DeVos said in a statement. “Those are not mutually exclusive ideas. They are the very essence of how Americans understand justice to function.”

For years, schools have relied on a series of letters issued by the Obama administration instructing them how to respond to complaints. Missteps could bring federal investigations that often last years, with penalties as high as a total loss of federal funding.

Advocacy groups for victims say the Obama rules forced schools to stop sweeping the issue under the rug, while those supporting accused students said it tipped the scales in favor of accusers. Some colleges complained that the rules were too complex and could be overly burdensome.

DeVos echoed the rules’ critics when she rescinded two guidance letters in September 2017, declaring that “the era of ‘rule by letter'” was over. In its place, she issued the 150-page proposal on Friday, which will go through a 60-day public comment process before it can be finalized.

Legal experts say it could dramatically reduce the number of complaints that get investigated by schools. Saunie Schuster, a lawyer who advises a range of colleges, says the vast majority of complaints arise off-campus and would no longer need to be addressed by schools, although colleges could still go beyond minimum requirements.

DeVos’ plan is also likely to cut down on actions taken by the Education Department, which can penalize schools for failing to uphold Title IX. The proposal raises the bar for proving that failure, saying schools must be “deliberately indifferent” to be held legally liable.

As of Friday, the Education Department said it was investigating 387 Title IX complaints involving sexual harassment or violence at the college level, along with 296 at elementary and secondary schools.

Catherine Lhamon, who led the Education Department’s civil rights division under Obama and helped develop existing rules, told The Associated Press the new proposal is “devastating” and would take schools back to a “a very dark time.”

“It would encourage schools to just stick their heads in the sand,” she said. “It promises schools that if they follow specific, very minimal steps, then they cannot be found liable for violating Title IX, and it sets an astonishingly low set of expectations.”

Virginia Rep. Bobby Scott, the top Democrat on the House Education and the Workforce Committee, urged DeVos to scrap the proposal, which he called “a damaging setback for our efforts to prevent campus sexual harassment and assault.”

Other opponents said they fear fewer victims would report assaults under the new rules, and that more would simply drop out of school.

But supporters say the proposal does a better job providing equal treatment to all students. They praised rules saying that both sides must be able to review evidence collected by the school, and that both sides would get the same option to bring a lawyer or other adviser to campus hearings.

“I don’t think that providing meaningful due process for accused students and taking the claims of victims seriously — and adjudicating them fairly — are inconsistent,” said Samantha Harris, vice president for procedural advocacy at the Foundation for Individual Rights in Education, a civil liberties group in Philadelphia.

Families Advocating for Campus Equality, a group that supports accused students, saw the proposal as a victory, especially its requirement that schools weigh cases at a live hearing with cross-examinations.

“You don’t want respondents or complainants grilling each other, I don’t think that’s appropriate,” said Cynthia Garrett, co-president of the group. “But having an advocate who can do so will go much further toward helping decision makers actually reach accurate results.”

Among other changes, the proposal narrows what constitutes sexual harassment. While earlier guidance defined it as “unwelcome conduct of a sexual nature,” the new proposal defines it as unwelcome sexual conduct that’s so severe it effectively denies the victim access to the school or its programs.

Even if victims don’t file a formal complaint, the proposal encourages schools to offer a range of measures to help them continue their studies, including counseling, class schedule changes, dorm room reassignments and no-contact orders for those accused of harming them.