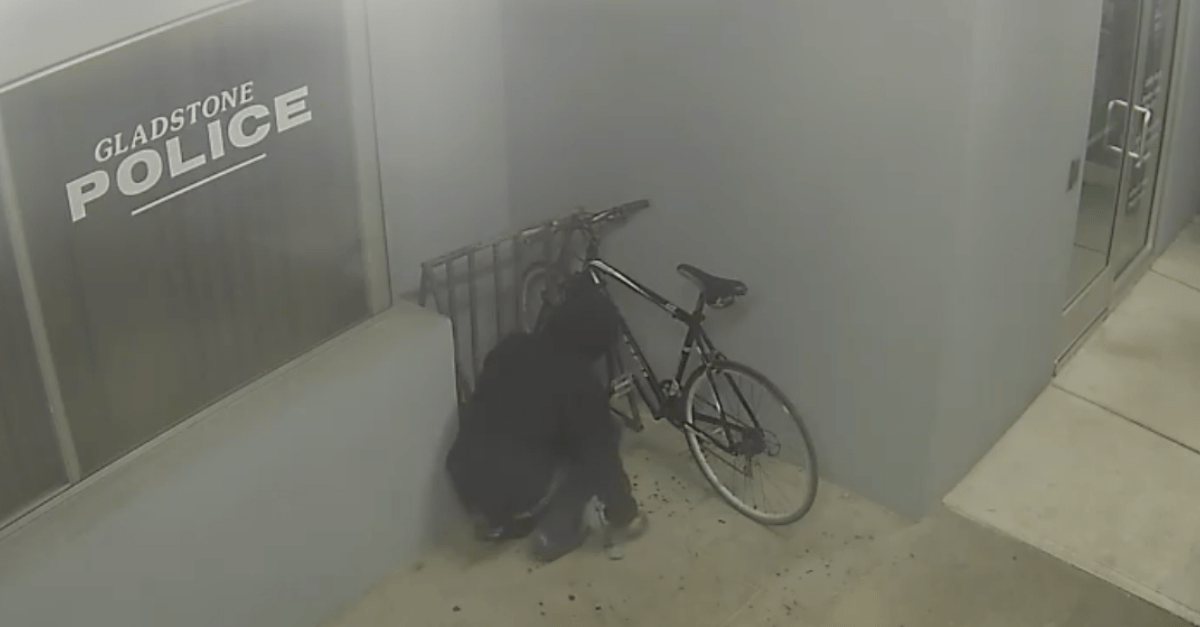 An Oregon man who desperately needs a new hobby was arrested outside of the police station in Gladstone, Oregon for trying to steal a bike from the police station’s bike rack. Unsurprisingly, the man was caught and arrested in the amount of time it takes to look at something (in this case a security monitor), walk outside, and pull out a taser.

According to the Gladstone Police, two police officers were inside watching the station’s security monitors when they observed 26-year-old Adam Valle whip out a pair of bolt cutters and attempt to steal a bicycle from the station’s bike rack. Sgt. Okerman of Gladstone PD then walked outside, pinned Valle against the wall, and, with his taser drawn, instructed the world’s worst bike thief to lay on the ground. The entire ordeal was captured on video, which Gladstone PD then shared on their Facebook page.

According to police, Valle now faces three seperate charges. He was also arrested for a similar crime in November, which makes me wonder if this disastrous attempt wasn’t some sort of revenge bike robbery. An “I’ll show you, you dumb cops” sort of situation in which Valle, very clearly, did not show the cops.

It just goes to show that the old adage, “Do not rob a police station, it is full of police” rings true even today. That’s not actually an old adage, but someone should probably go ahead and tell Valle it is. And also maybe buy Valle a bike. Well, a lawyer first. Then a bike. Then a Nintendo Switch, or something. Just to keep him occupied so that he doesn’t get himself arrested for trying to burn down a fire station next, or something.

Watch: Suspect nearly pulls off a wild escape by removing her handcuffs and stealing a cop car