Man Shot in the Frenzy of a Black Friday Shopping Spree 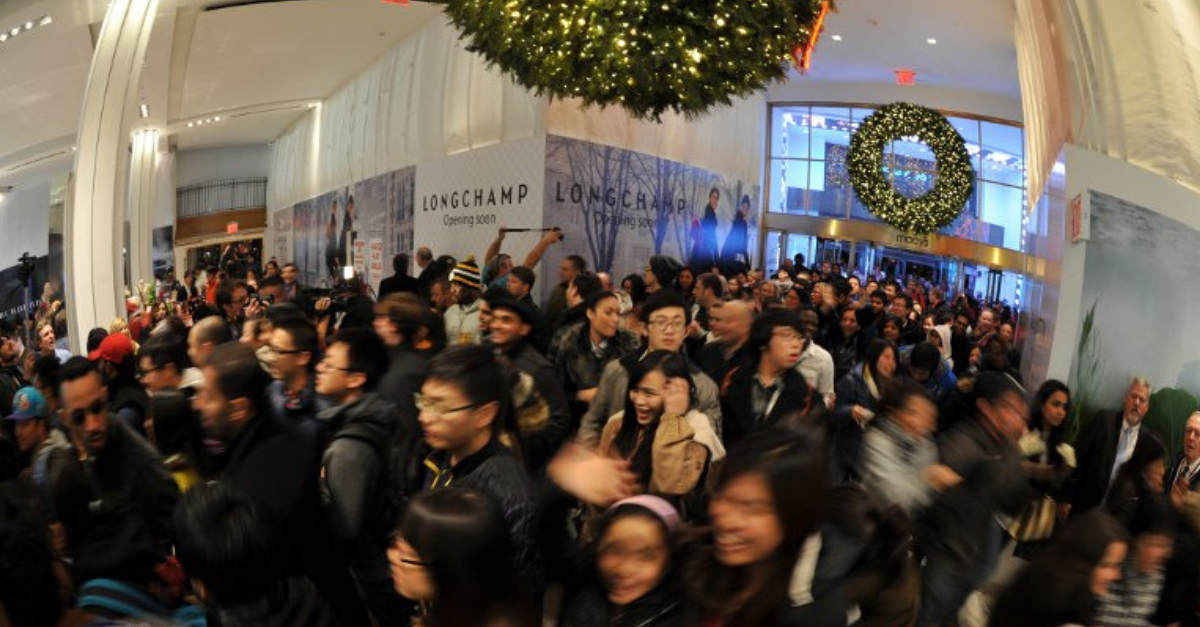 The man was shot in the wrist Friday night at The Mills at Jersey Gardens in Elizabeth, city spokeswoman Kelly Martins said. She said his injuries didn’t appear life-threatening.

No suspect was in custody, and the victim was not cooperating with police, Martins said. Police were reviewing camera footage.

The mall was evacuated after the shooting, which happened in a hallway between a Tommy Hilfiger and a Marshalls store, Martins said.

Carli Disla, her boyfriend and their 6-week-old daughter were in a Cohoes fashion store, heading to the cash registers, when the couple noticed people running.

“They were yelling, ‘Hide, everyone, hide! They are shooting!'” Disla, 22, told The Associated Press in an interview via Twitter.

She and her boyfriend grabbed the newborn out of her car seat, ran to the back of the store and hid in its receiving area. The store’s security gates were pulled down and the exits locked until police and state troopers told shoppers and staffers they couldn’t leave until everything was under control, Disla said. They were allowed to leave around 9 p.m.

“It was a horrible experience and very traumatizing,” Disla said. But fortunately, the baby didn’t pick up on the fright — she slept through the whole experience.

Jeanette Bermudez told WPIX-TV she was working as a manager in a store when she suddenly heard people running so intensely they sounded like they were stomping. Bermudez and her coworkers shut the shop’s security gate and ushered shoppers into the back.

The mall had been open since 10 a.m. Thursday to accommodate Black Friday shoppers, and about 25,000 people visited throughout the two days, Martins said.

A call to the mall went unanswered, and a management representative did not immediately respond to an email.

Watch: Here’s a List of Stores Closed on Thanksgiving This Year