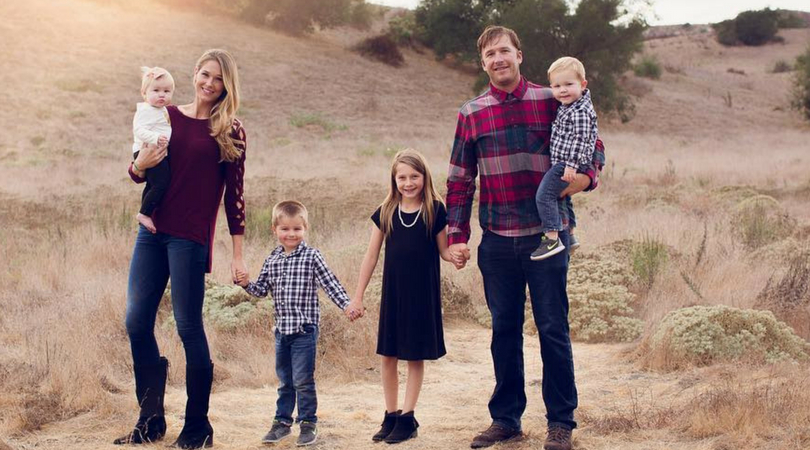 The couple decided to speak with the Today show and discuss the drowning accident, to raise awareness about this leading cause of death amonth children ages 4 and under.

“She brought so much to our lives.”

The couple stated, that earlier that morning Morgan watched her four children swimming at the Miller’s house, strapping a floaty on Emmy before the toddler jumped in. Miller took the children to their a neighbor’s house, where they were playing in front of adults. She then noticed the children were too quiet, and stood up to go check on them, noticing Emily was gone. She noticed the door leading to the backyard was cracked open. By the time Morgan and her children went outside, Emmy was floating in the pool.

Morgan said she immediately jumped in and pulled Emmy out while conducting CPR, but was too late. When they arrived to a nearby hospital, the toddler was pronounced dead. According to the doctor, the little girl didn’t have enough oxygen in the brain. Bode stated he and his wife needed to speak about their daughter’s tragic death, after finding out that drowning is the leading cause of unintentional deaths for children.

We want to thank our friends, family and every one of you who sent a message, said a prayer or donated for the overwhelming expression of support – we are truly touched and blessed. Our midwives started a gofundme campaign to raise funds and we intend to donate these funds raised to worthwhile causes connected to water safety education. We are inspired to make our baby girls memory go forth and help prevent as many drownings as possible. We will post more soon on our plans and efforts.

According to experts, at least 163 children fatally drown during summer in swimming pools. Nearly 70 percent of deaths were children younger than 5. It is important to remember that one can take steps to reduce that number and keep young toddlers safe. The U.S. Consumer Product Safety Commission recommends the following pool safety tips:

Read More: Check out these four fun and surprising uses for pool noodles