A 10-year-old boy from Colorado called 9-1-1 with an emergency: some monsters were forcing him to do really hard math homework and he couldn’t figure it out. The boy’s mental torture session was not, however, taken seriously by the 9-1-1 operator or the news outlets reporting the incident.

The boy asked Clow what 3,052 divided by 71 was, but the emergency operator, Chris Clow, had a good laugh at the desperate boy. Clow teased that he wasn’t able to help answer the boy’s question because he did not have a calculator. The boy, meanwhile, no doubt wept and begged God to deliver him from the hell he was in.

Finally, after high-fiving several other grownups because their conspiracy to make children miserable was working even better than expected, Clow — who definitely did have a calculator on him because he was at a computer and owns cell phone made after 2007 — gave the boy the correct answer.

Clow said he was happy to help the boy because even though this wasn’t an emergency it’s still important that he, as a public servant, help when he can.

The boy, on the other hand, was resigned to his fate of another decade of increasingly difficult and useless math. No one tell him about algebra. That poor kid is going want to jump off a bridge. The first time I saw an “x” and a “y” on the chalkboard I knew things were about to get so much worse than I had previously thought they could. Math problems where they don’t even give you all of the numbers? WONDERFUL. Because the ones that do have all of the numbers were soooooooo easy.

It gets better, kid. Not any time soon. Not even close. It’s going to keep sucking for a while, actually. But eventually the numbers stop.

This story was originally published September 26, 2018. 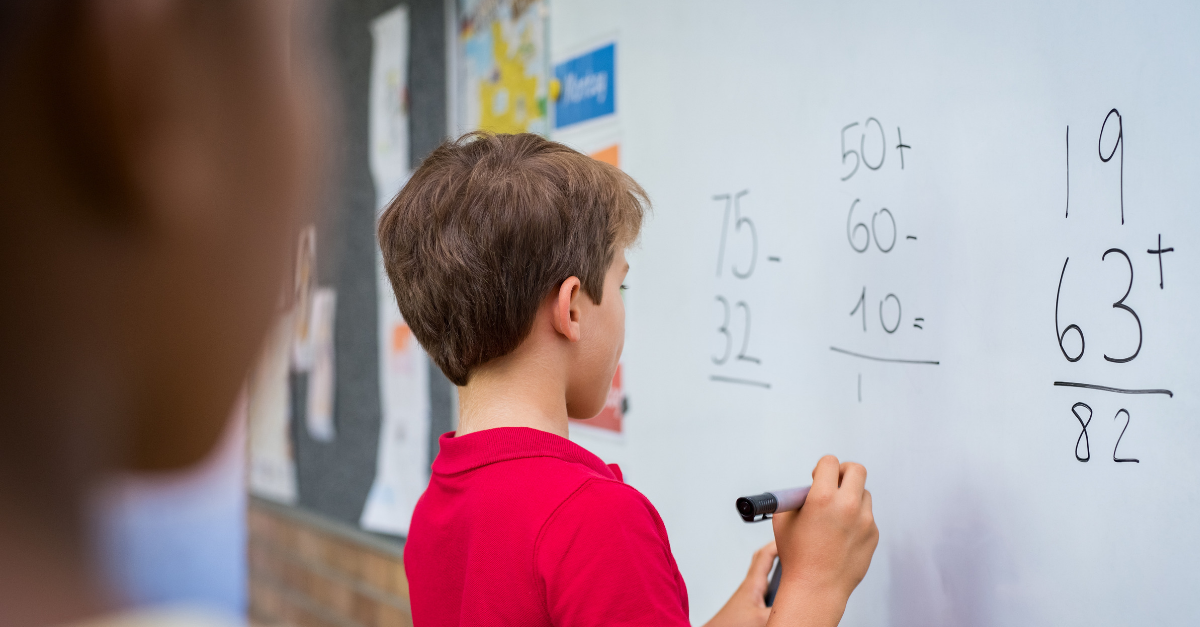