Most people aren’t too excited when they encounter an insect of any sort crawling around their house, let alone a spider. Those creepy crawlers come in all shapes and sizes, and pretty much hide anywhere they can, especially during the summer. Yet, what most don’t know is how to identify between a venomous or a “regular” spider.

Some of the most dangerous spiders out there are the brown recluse and the terrifying black widows. Brown recluse spiders, also known as loxosceles reclusa, are usually more common in the Southern parts of the United States. As for the black widow spiders, unfortunately, those are pretty much everywhere.

Recently, a man in Elkhart County, Indiana, shared a picture that went viral showing a brown recluse one of his coworkers encountered on his boat. Jacob Collins wrote on his Facebook on June 5th, “beware all Elkhart Country residents. They are out there, and they are real.”

The post went viral and currently has over 11,000 shares, alerting residents in Michigan to be aware of their surroundings and look out for any signs of possible hiding places.

What’s the scary part about this?

Brown recluse spiders are typically not found in Michigan, which is why several are concerned after Collin’s post. According to Howard Russell, who works for Michigan State University’s Department of Entomology, these spiders have been found in 10 Michigan counties including Hillsdale, Ingham, Kent, Lenawee, Livingston, Oakland, Shiawassee, Washtenaw, and Wayne.

Russell wrote in an MSU blog how people have been sending photos of what they think brown recluse spiders are, but turn out to be “regular” spiders.

Don’t worry, there is good news for our Michigan readers.

Russell confirmed that although one might think they found a brown recluse, the majority of Michiganders will not come within half a mile of one. So then how do they get here? Russell believes these spiders were actually carried or brought into Michigan in boxes, suitcases, or other any article of commerce. These spiders simply decided to just hitch-a-ride. Yikes!

To save you a fright, here are a few ways one can distinguish both of these crawlers and what to do if one encounters one. 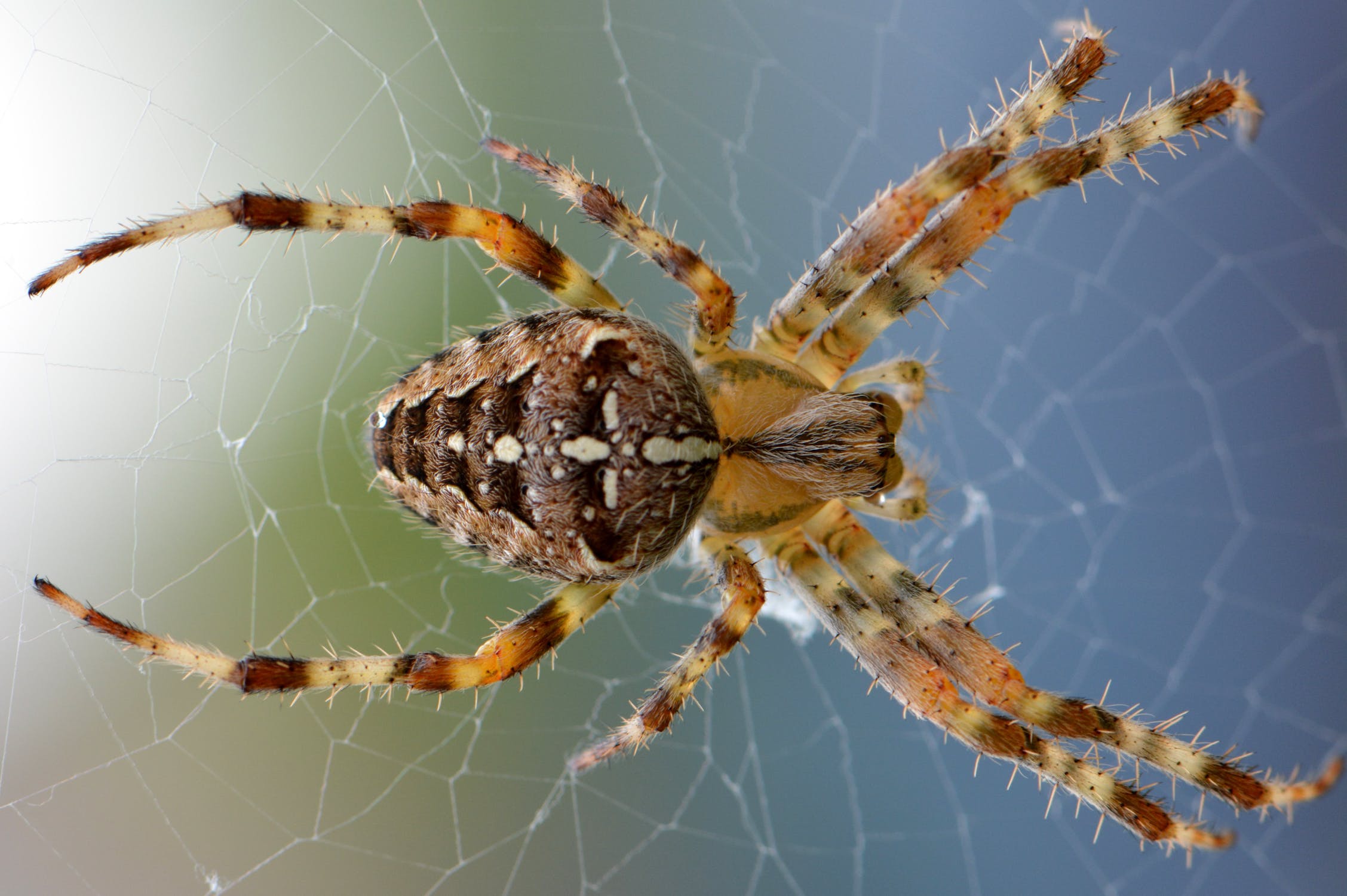 Usually, the brown recluse, well, is brown and reclusive. The body of the spider is light brown, with darker violin-shaped markings on the back behind its eyes. An important identifier is the number and arrangement or position of the eyes. Unlike most common spiders (who have eight), this specific spider only has six that are arranged in three pairs. These spiders are usually found in the Midwest, ranging from Nebraska to Ohio, and in the South from Florida to Texas. And of course, let’s not forget Michigan.

The scary part of the brown spider? They are usually active at night, known for their hunting skills roaming in search of prey. Be careful around resting wood surfaces, sealing cracks, inside old furniture, cardboard boxes, possible wall void, rusty wood framing or crawl spaces. These creatures can also go months without eating and are adapted to hot and dry conditions. Oh! Let’s not forget that they can produce over 150 egg sacs! YIKES.

A method one could use to trap these little vicious creatures are sticky monitors or sticky traps. These traps consist of a small piece of cardboard covered with adhesive that the spiders walk on and become stuck.

If bitten, the venom can cause injury and death of the surrounding tissues where the bite is. There is no antidote to the bite, but treatment usually including disinfecting the wound to prevent bacterial infection. One might not feel or notice the bite, but over the days, if not treated, the bite will destroy surrounding tissue and cause it to become black. (Get that medical attention ASAP!) 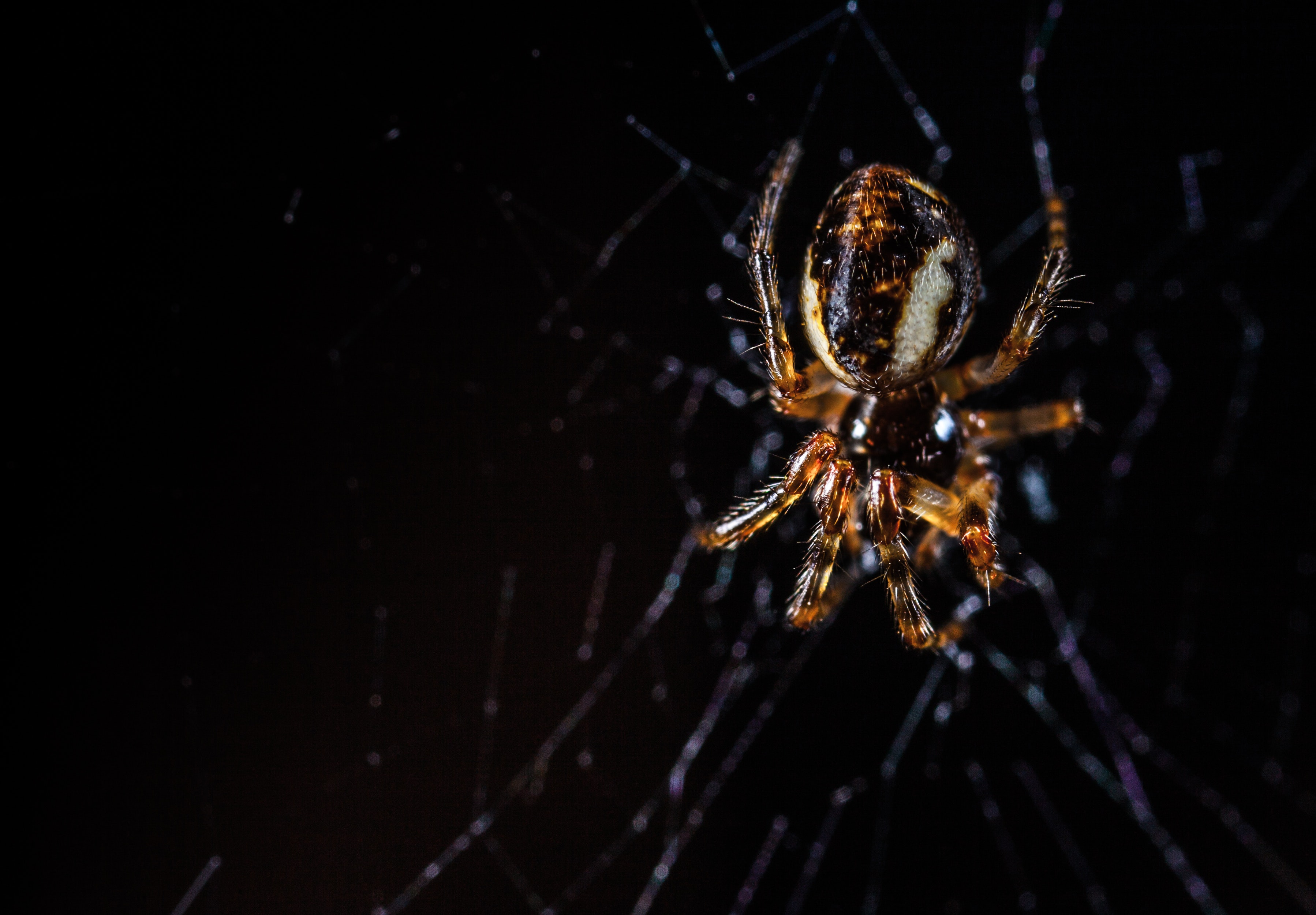 Now for the real threat (the scariest of all), the black widow spider is considered one the most venomous spiders. Although they are common everywhere, these spiders usually inhabit the southern half of the country such as Texas, Kentucky, Georgia, and Arkansas. Black widows can usually be found in a grape vineyard, sheltered areas were debris, or outdoor toilets or storage areas or units.

Did you know that black widows are famous for its name, due to female spiders killing and eating males after mating? Usually, the female black widow can produce more than 200 eggs at once.

One can tell apart a black widow by its relish hourglass-shaped body. It can also have white and red spots or stripes on the upper part near its head. Yet, don’t be fooled, these black widows can also be dark brown.

Although it’s feared for its venomous bite, it is actually less deadly than we believe and the bite is rarely fatal. When bitten, the neurotoxic venom usually causes chest pain and muscle cramping/ tightness. According to Desert USA, human mortality is less than 1 percent of black widow spider bites. After 48 hours, the symptoms are said to decline if treated correctly.

Caution: Small children do have a higher risk of the reaction becoming more severe if not consulted with a medical professional.

At the end of the day, remember to always consult with your doctor to make sure you are taking the appropriate steps if bitten. Best way to avoid spider bites? Try and stay away from them as much as possible. If needed, call your local pest management and they will help you get rid of them the best way they know how.