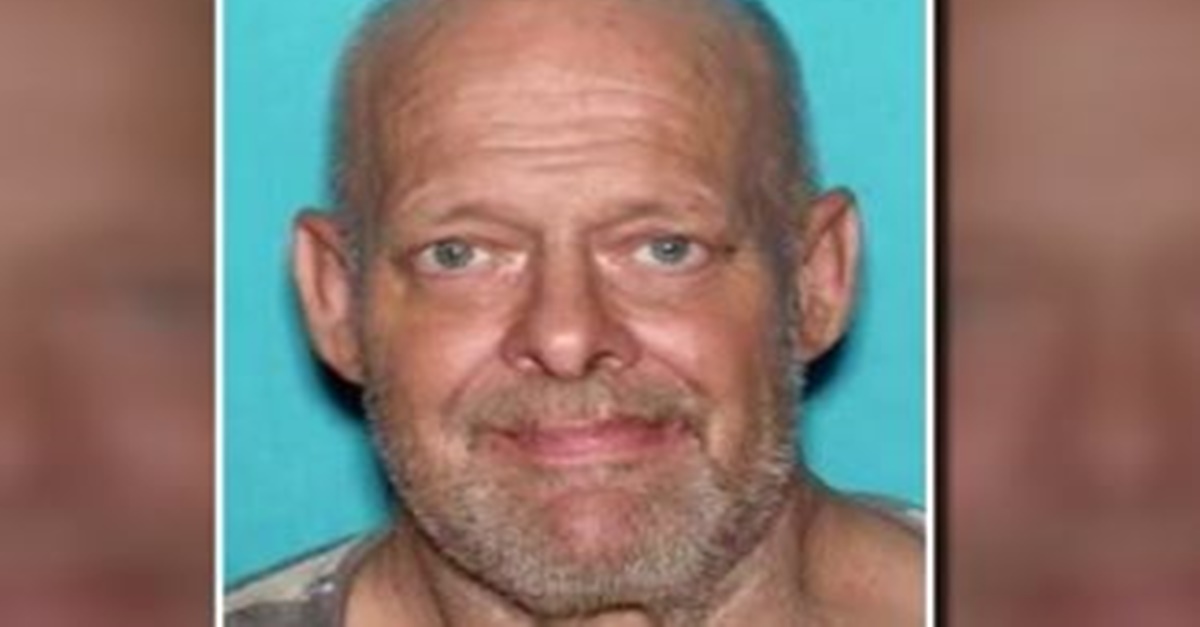 A law enforcement officer told TMZ that Bruce, 59, bragged to people at the assisted living facility in Los Angeles where he was staying that Stephen was his brother. TMZ reported that a staff member at the facility checked Bruce’s file and found that Stephen was listed as his emergency contact.

The evidence was initially discovered after Bruce was evicted from a business in the Sun Valley area of Los Angeles, where he was a squatter, police said. Bruce was homeless at the time and couldn?t be found until police learned he was living at the North Hollywood facility.

He faces one felony count of possession of child or youth pornography and 19 counts of sexual exploitation of a child, according to the Post.

Bruce’s brother, Stephen, 64, opened fire last month on more than 20,000 people attending a country music concert across the street from the Mandalay Bay hotel in Las Vegas. The gunman killed 58 people and wounded nearly 600 others.

When police arrived at his hotel room on the 32nd floor, Stephen committed suicide.