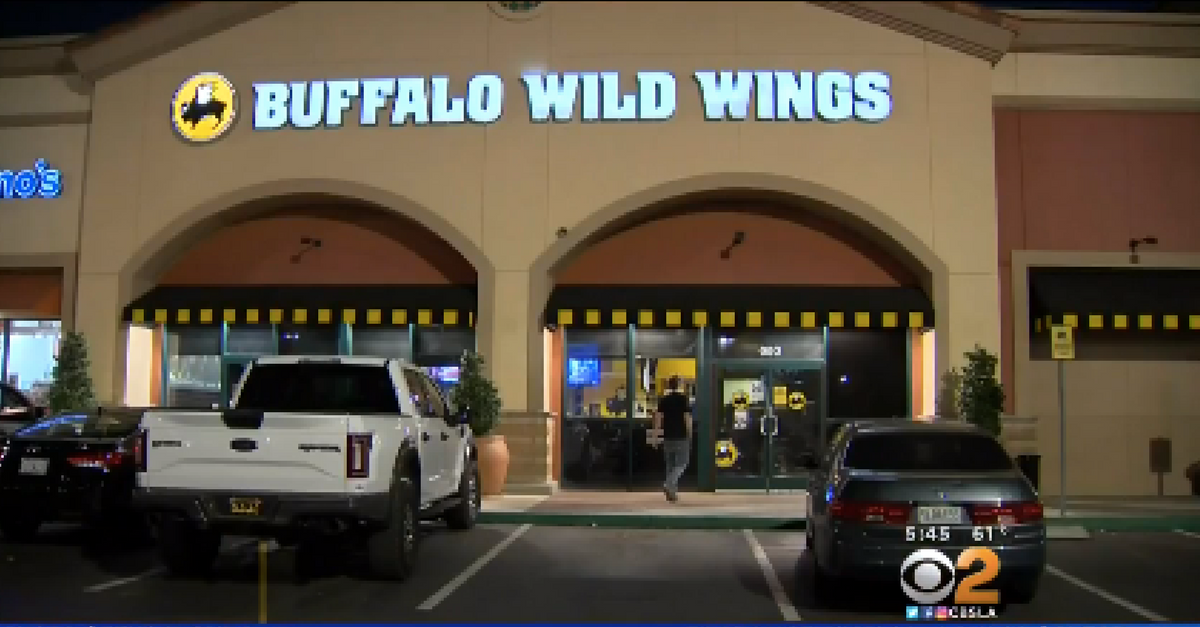 A California Buffalo Wild Wings issued an apology after customers became enraged when an employee silenced the national anthem ahead of an NFL game on the 16th anniversary of the September 11, 2001 terror attacks.

“World Wide Wings, a Buffalo Wild Wings franchise, apologizes for what happened at our restaurant before the Monday Night Football game,” the franchise owner said in a statement in regard to the incident. “We do not have a policy regarding this matter.”

RELATED: Mike Ditka advises a hands-off approach with any NFL players who protest before 9/11 games

Earlier this week, an employee at the franchise refused to play the “Star-Spangled Banner” before one of the Monday Night Football games, but had played it for the previous game, according to customers. When asked about it, the employee reportedly said it was too controversial and company policy prohibited it.

“No one understood what was so controversial. It’s 9/11, it’s a sporting event, why is it controversial?” said a customer identified as Lori, who then took a photo of the employee on Facebook, along with a message calling the employee’s actions “disgusting, along with being anti-patriotic and having a complete disrespect for our national anthem.”

The news comes after the words “Racist Anthem” were spray-painted on a Maryland monument dedicated to the writing of national anthem early Wednesday morning.