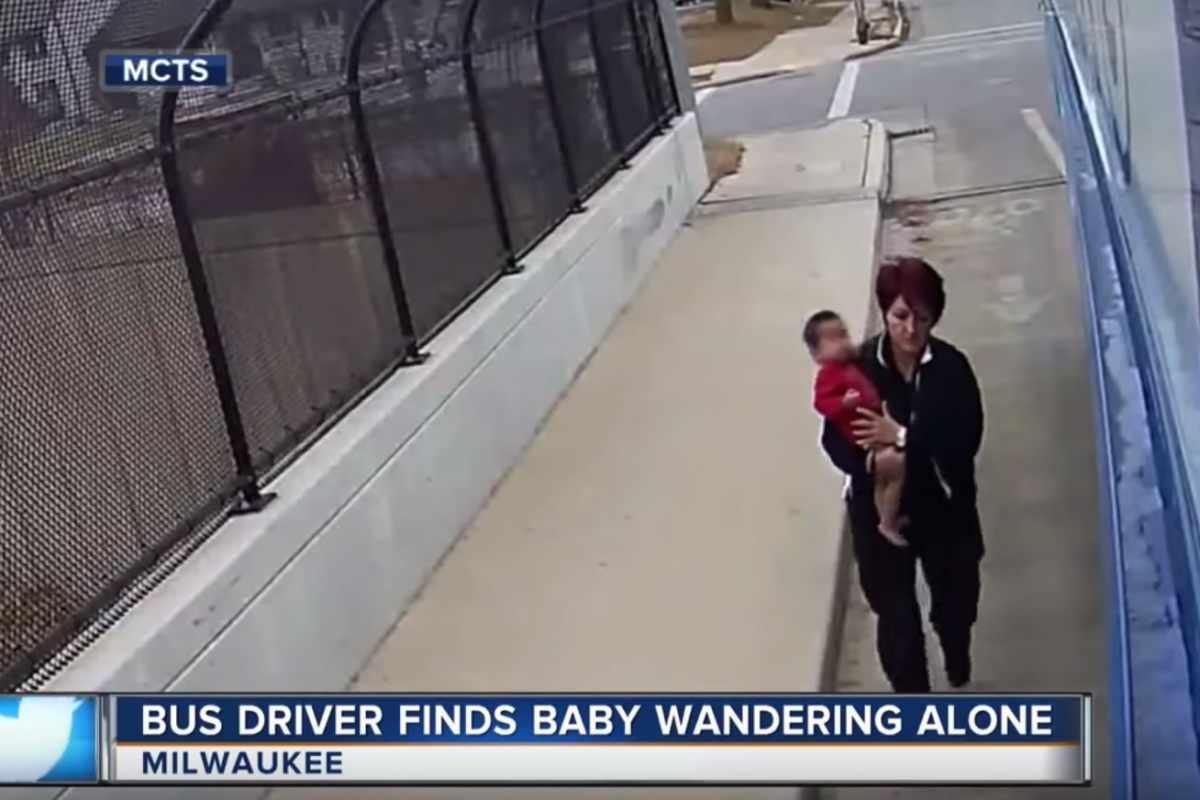 A Wisconsin bus driver lept to action after seeing a toddler wandering around on the side of a freeway overpass last month. Irena Ivic, a Milwaukee County bus driver was driving her usual route when she saw a baby girl wondering barefoot and alone on the side of the road. Thinking quick, Ivic stopped the bus and ran across the busy street, picking up the crying child and taking her back into the warmth of the bus.

The Milwaukee Country Transit System has since released a security video of the entire incident showing the heroic actions of the Milwaukee bus driver.

The video shows the little girl wearing only a onesie and a diaper, running along the sidewalk.

Passengers on the bus stood up to help while waiting for authorities to arrive. Meanwhile, the little girl fell asleep in the Wisconsin bus driver’s arms.

According to FOX 6, the child’s father, Hasan Ali Abdul Kasim, believes that his wife brought the child across the street to the church and forgot about her. Kasim spoke about how his wife, a Rohingya refugee from Burma, is currently dealing with a mental health crisis, notably PTSD. She has since been released from the hospital. No charges were filed for this case.

The Kasim family aren’t the only immigrants in the news story. Ivic immigrated to the states from Serbia 12 years ago and according to Reddit, the woman who gave up her coat to warm the little girl is the child of parents from Ghana.

While it may seem highly unusual, this isn’t the first time Milwaukee County Transit System drivers have found missing children. This is the ninth child the transportation system has found in recent years.