Bush Sr. goes after President Trump in a new book in a way Trump supporters will loathe 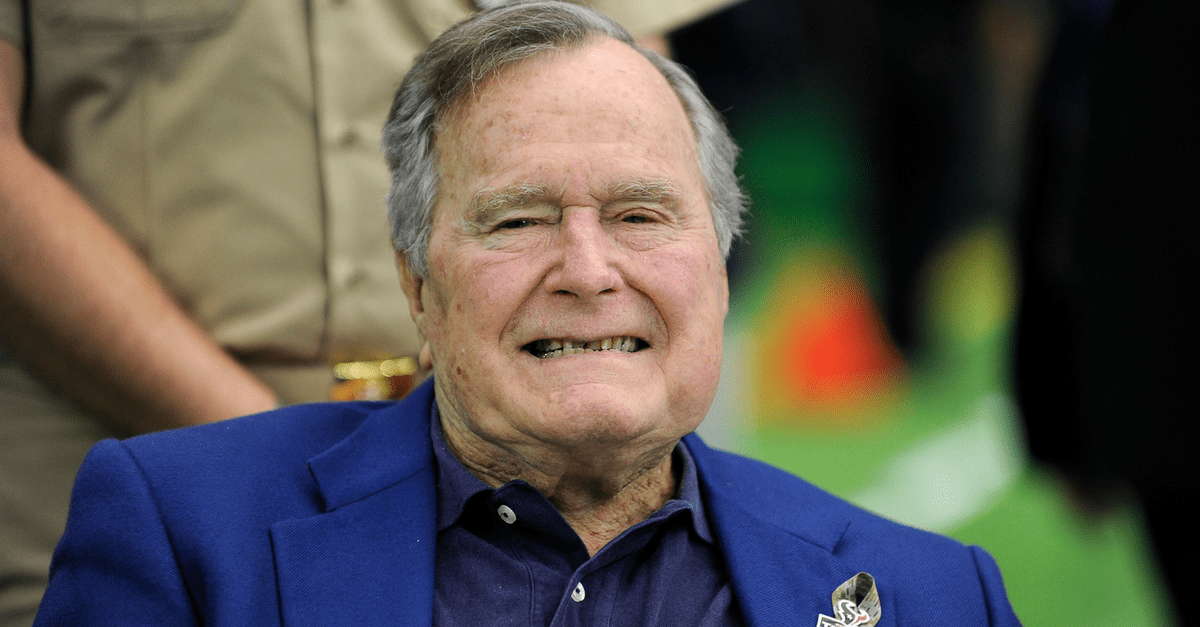 After a year of holding back any firm praise for President Donald Trump, George H.W. Bush and George W. Bush may be letting their true feelings about the man be known.

In “The Last Republicans,” author Mark K. Updegrove dives into the complexities of the father and son relationship and also reports on their opinions of President Donald Trump.

The book is the first authorized, joint biography of the two ex-presidents and comes with their cooperation and blessing.

The New York Times spoke with Updegrove about the book and reports that George H.W. and George W. expressed themselves differently with regard to President Trump. The elder Bush was blunt in his critique of then-candidate Trump.

?I don?t like him,? Bush Sr. told Updegrove six months before the 2016 presidential election.

?I don?t know much about him, but I know he?s a blowhard. And I?m not too excited about him being a leader.”

Bush Sr. famously skipped Trump’s inauguration, citing a health reason and admitted that he voted for former Secretary of State Hillary Clinton, a Democrat, in the 2016 presidential election. His son has been mostly measured in his public comments of Trump.

?We?ve seen nationalism distorted into nativism, forgotten the dynamism that immigration has always brought to America,? Bush said in an October speech. ?We see a fading confidence in the value of free markets and international trade, forgetting that conflict, instability, and poverty follow in the wake of protectionism. We?ve seen the return of isolationist sentiments, forgetting that American security is directly threatened by the chaos and despair of distant places.?

Bush told Updegrove that he worries that he may be the last Republican to hold the office of the presidency.

Criticism between the Bush family and President Trump has gone both ways. Throughout the 2016 presidential campaign, President Trump criticized George W. Bush, claiming that he lied about the Iraq war.

“George Bush made a mistake,” Trump said in 2016. “Obviously, we can make mistakes, but that one was a beauty.”

“We should have never been in Iraq,” Trump continued. “They lied, they said there were weapons of mass destruction. There were none, and they knew that there were none.”