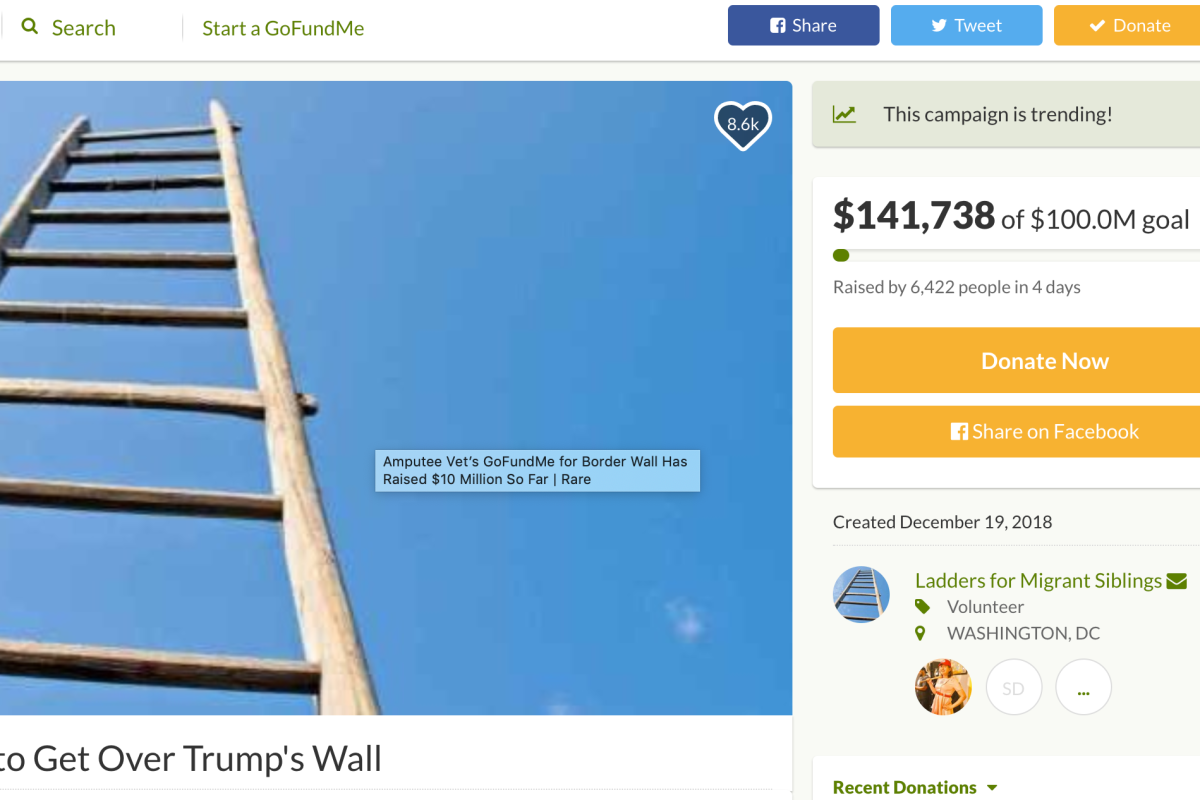 ‘Tis the season to be giving! Just a few days ago we covered a story about Brian Kolfage, a triple-amputee veteran who started a GoFundMe to help President Donald Trump raise a fraction of the necessary funds to build the border wall between Mexico and the United States. As of the time of writing, the campaign has raised over $16 million dollars, which is about 16% of the goal of $1 billion. However, some people are scoffing at the fact that people are sending money to a GoFundMe page to get government work done. So, of course, they set up their own crowdfunding campaign calling for people to donate and “‘Buy Ladders to Get Over Trump’s Wall“. The kicker? It’s not all that it seems.

Charlotte Clymer organized the GoFundMe campaign after becoming outraged at the fact people were pouring money “to keep out our migrant siblings and fellow human beings, who are fleeing violence and persecution and whose tragically-underpaid labor is essential to the U.S. economy.” She goes on to share that we should focus on human rights and suggests raising money to buy ladders and place them along the Mexico border wall.

But she jests, lamenting on how outrageous it is for people to be raising money for Trump’s border wall out of their own pockets. Whether they reach their goal of $100 million or not, every penny raised in the campaign will go towards “Refugee and Immigrant Center for Education and Legal Services (RAICES) , a Texas-based 501(c)(3) nonprofit agency that promotes justice by providing free and low-cost legal services to underserved immigrant children, families, and refugees.”

All of the funds will go towards an organization that works for immigrants seeking legal asylum and Charlotte shares that the funding isn’t for ladders at all, but for lifting people up, especially around Christmas time.

Watch: The 5 Good Luck Foods Every Southerner Has on New Year’s Day