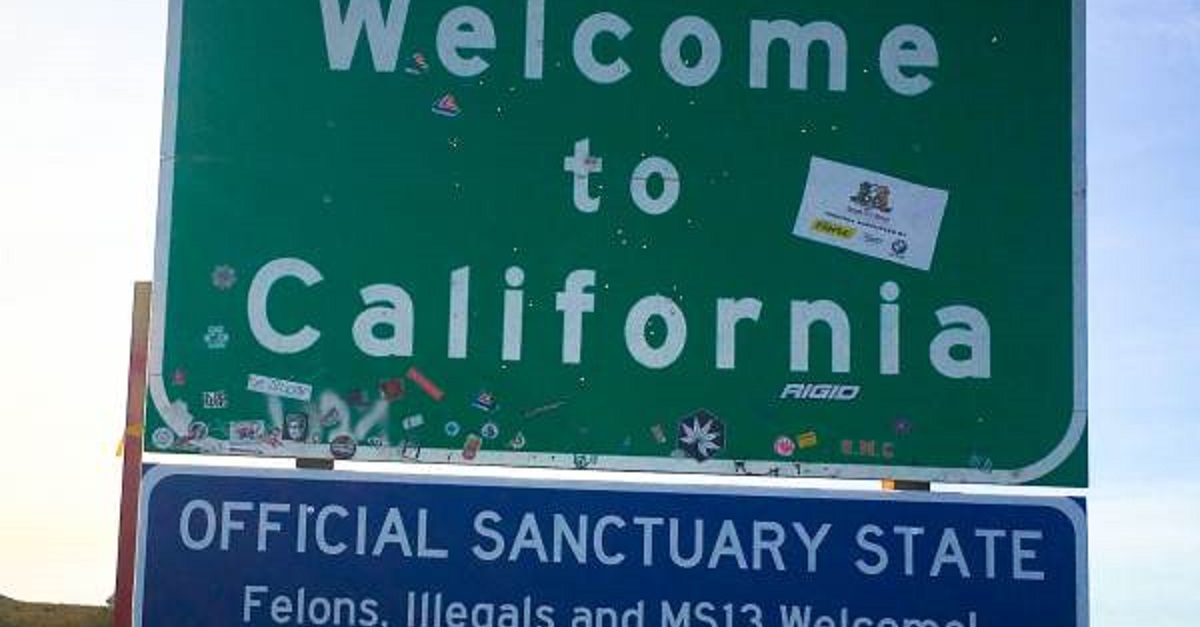 The California Department of Transportation, CalTrans, has removed paper signs attached to official state welcome signs that declare the state and “Official Sanctuary State” where “Felons, Illegals and MS13 [sic]” are welcome.

“Democrats need the Votes [sic],” the sign concludes. The paper signs covered a sign with emergency contacts and phone numbers for motorists.

CalTrans spokesperson Mark Dinger confirmed that at least two of the signs had been removed from state property, according to SFGate. One was taken down on Interstate 15 near the California-Nevada border, while another was removed from along I-40, also along the Nevada border.

There are reports — unconfirmed at this time — of as many as three additional fake signs along the California border, particularly on the border with Oregon in Northern California.

The signs were illegally posted to coincide with the arrival of the new year. California Governor Jerry Brown signed a bill in October to make the state a “sanctuary state,” extending policies already in existence in San Francisco and other cities in the state.

State and local police anywhere in the state are now forbidden from asking about someone’s immigration status, working with federal law enforcement to enforce immigration laws, and making arrests based on outstanding warrants for immigration charges.

CalTrans has removed the signs and disposed of them at this time. They won’t be referring the sign posting to the California Highway Patrol for investigation, spokesperson Mark Dinger told the Las Vegas Review Journal.

A similar act of vandalism took place in Malibu, California in April of last year, according to KTLA. City officials deemed the sign — which read “OFFICIAL SANCTUARY CITY ‘Cheap Nannies and Gardeners Make Malibu Great!’ (Boyle Heights Not So Much)” — a “mean prank” before taking it down.