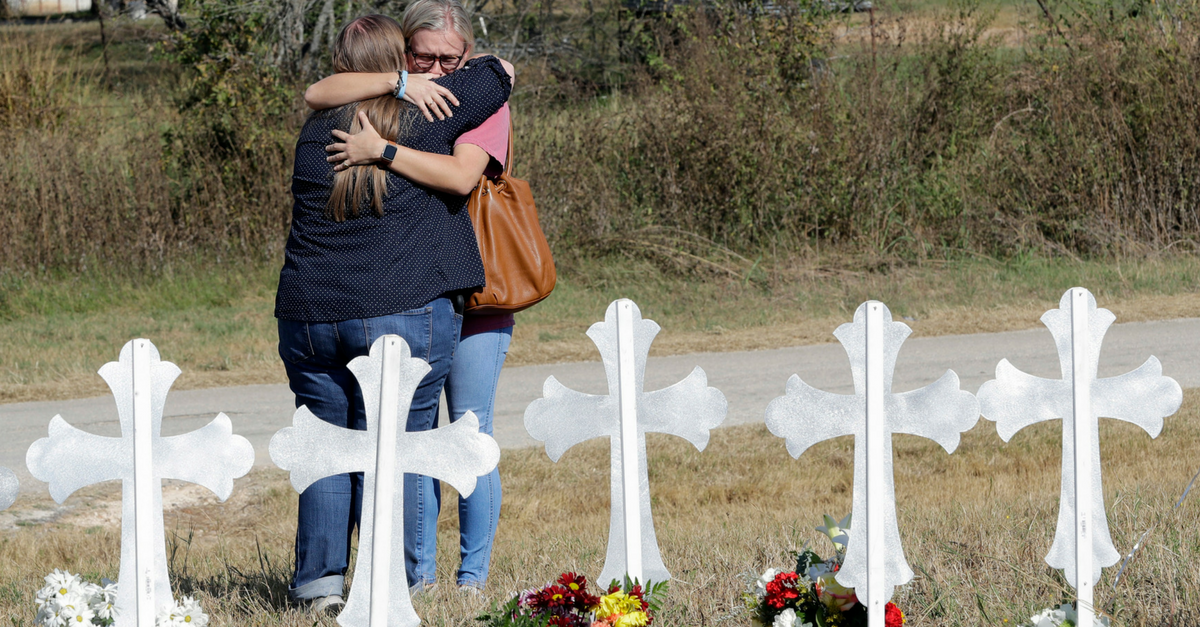 A reporter who covered the heartbreaking Sutherland Springs church shooting that claimed 26 lives in Texas is calling on the media to apologize to the tiny community of just hundreds for insensitively swarming them after the tragedy.

“The media presence doubled the size of your grieving community, or so it seemed,” Lauren McGaughy wrote for Dallas News. “You couldn?t park at the post office. It was jammed with news vans and satellite trucks, its lawn trampled by a half-dozen tents the big networks set up. You couldn?t get a quiet meal at the local cafe, where waitresses trying to get through their shifts were asked again and again to talk about the friends and family they had just lost.”

As hundreds of reporters, producers and photographers descended upon the small town from all over the world, their presence became overwhelming to residents.

“It was an invasion,” McGauhy said. “It was too much.”

Residents of Sutherland Springs have echoed her observation, with one calling the swarming of media trucks and hounding from reporters “a reminder of everything” when so much of the community is “still in shock.”

In her reflection, McGaughy wondered if there’s a “better way” to cover such a tragedy in such a small community and compared the media attention surrounding the shooting to that of October’s Las Vegas massacre.

“Your community is different from a big city like Las Vegas. Certainly the victims there were traumatized by reporters? constant pressing. Sutherland Springs ? three square blocks of modest homes without so much as a stoplight, three square blocks of homes in which nearly every person lost someone ? should have been treated with more care,” she said. “I am routinely crammed into press gaggles and competing for interviews. Yet I was absolutely overwhelmed in Sutherland Springs. I was sickened. I can?t imagine how you, a grieving community, must have felt. You’re more than a hashtag.”

RELATED: The Sutherland Springs pastor made a sorrowful announcement about his church

On behalf of the press, she went on to call for reporters to have more empathy when covering a tragedy and to apologize to Sutherland Springs, saying, “As journalists, our role as observers and investigators in times of tragedy is important. But so is our empathy and our humanity. As a profession, we must have a conversation about how best to chronicle horrors like this. We can do better. To the families who opened up to us and put up with me, thank you. The media horde, myself included, owes you an apology. I hope you?ll soon find a quiet moment in which to mourn.”