Capital Gazette Shooting Victim Rushed at Gunman to Save Lives 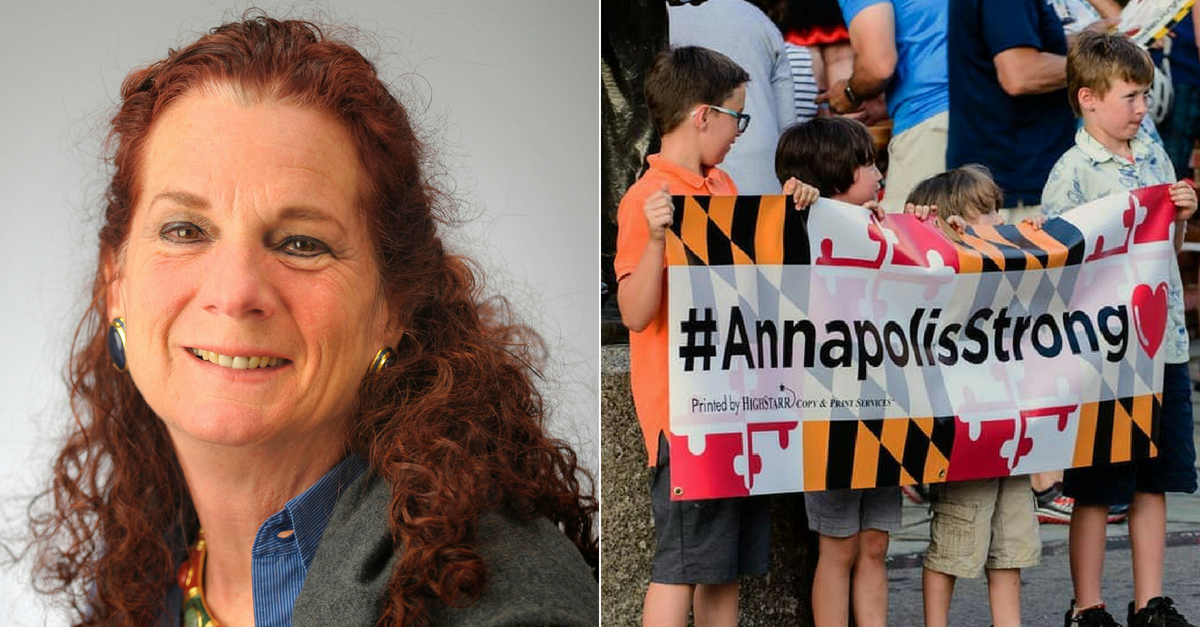 Family, friends, and coworkers gathered at a memorial service Saturday night at Maryland Hall for the Creative Arts in Annapolis, to remember the life of Wendi Winters. The 65-year-old was an award-winning journalists who covered news for The Capital Gazette for two decades as a reporter and editor for “Teen of the Week” columns.

Winters is now being recognized as an American hero, after she acted quickly to save others from the Capital Gazette shooting that occurred on June 29th, at newspaper office. Authorities stated Jarrod Ramos, 28, had a grudge against the paper, opening fire in an effort to kill the editors and reporters inside, making his way through a glass door he started shooting at. Ramos was charged with five counts of murder. According to The Baltimore Sun, he has declined to be interviewed by investigators, but was ordered held without bail and has not yet entered plea. Ramos is scheduled to return to court on July 24th.

According to her son, Phoenix Geimer, Winters picked up a trash can and a recycling bin, charging towards the suspect, shooting her in a chest as she ran to him. Winters was able to slow the suspect down, giving police extra time to arrive, all while saving lives. Among the 11 people in the room, six survived, praising Winters for her distraction and her extraordinary courage. Shooting victims include sales assistant Rebecca Smith, assistant editor and featured columnist Rob Hiaasen, editorial writer Gerald Fischman, and sports reporter and editor John Mcnamara.

More than 700 people gathered to celebrate the courage of the individuals, all while praying for their peace. Rev. John Crestwell gave a eulogy, speaking about change, and expression, urging the community to stop create something to change these situations. Crestwell stated her appreciated Winters, after he had helped him secure his job at The Unitarian Universalist Church of Annapolis.

The mother of four spend her last days writing about local events, and teenagers who deserved recognition, which she is receiving now for her heroic actions. Winters was also recognized as a civic volunteer, who donated gallons of blood during her life time for the American Red Cross and volunteered as a Girls Scout leader.