And on a recent snowy afternoon, he and his coworkers found themselves sweeping up after yet another car missed the turn and smashed through the guardrail at the Campbell’s Run exit ramp off I-376 in Pittsburgh. In this incident, Snyder and KDKA-2 say the driver was, somehow, unhurt.

RELATED: Warming up your car engine on cold mornings may be a bad idea

“We ran out there and we had 911 on the phone, and they told me to check ’em, and I checked him out and looked at him; he didn’t have no bruises on him, wasn’t bleeding, no scratches,” he said. This driver was lucky: In other accidents, Snyder says, “We had cars flip over, catch on fire, hit the building, time and time again.”

KDKA-2 reports the car in this accident went airborne and smashed through a sign between two posts like a field goal before skidding to a stop just shy of the garage doors.

Snyder says he has contacted PennDOT, the Pennsylvania Department of Transportation, and complained about signage at the exit.

“You know, coming down 376 and when you’re in that right-hand lane to exit, that’s a long run. I think people aren’t prepared to make that sharp turn,” he says. “This fella, he didn’t even hit his brakes.” 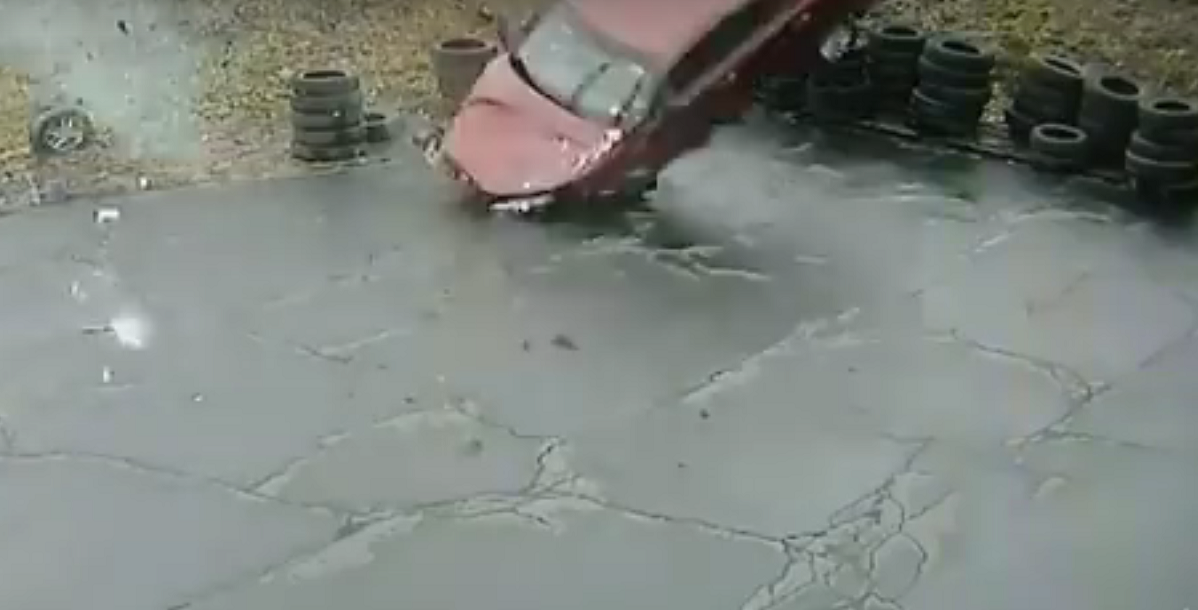