In an interview with Fox News’ “Sunday Morning Futures,” former Republican presidential candidate Carly Fiorina denounced Saturday’s Women’s March for deliberately excluding pro-life women, claiming that marchers and organizers did not “believe in a woman’s right to choose what she is going to believe.”

RELATED: While accepting the running mate position, Carly Fiorina decided to break out into song

She says the marchers used the guise of a “Women’s March” to instead promote a “long litany of progressive causes,” and that attendees were really just protesting because they didn’t like Donald Trump and wanted Hillary Clinton to win the election after winning the popular vote.

Fiorina said the protest was “disruptive,” and that she was “disappointed.” She says President Trump “hasn’t done anything yet” to be upset about (he took half of Friday and the weekend off), and that “giving the president a little time would have been useful” before protesting. 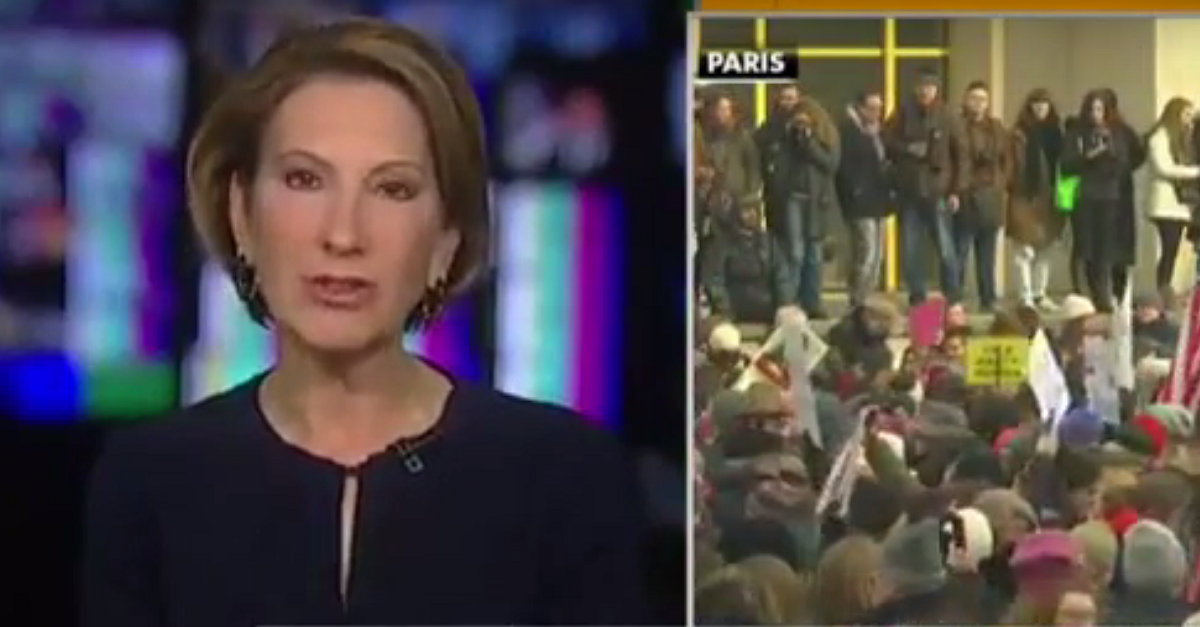