Carrier is still cutting factory jobs in Indianapolis, a year after a deal that would supposedly save them 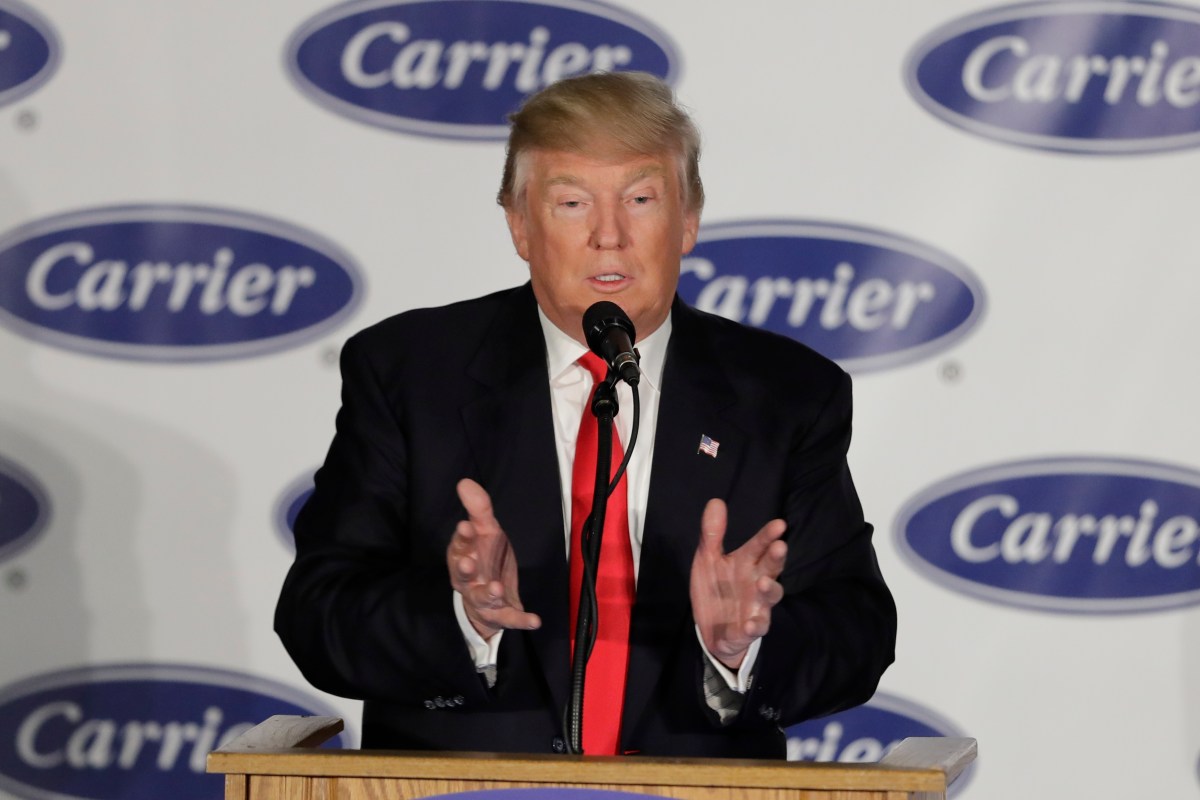 Indianapolis-based HVAC giant Carrier is still bleeding jobs, a year after President Donald Trump touted a deal that was expected to save them.

Carrier announced 215 workers are getting laid off this week, the last round of about 600 previously planned layoffs, according to the Indianapolis Star. In July, the company laid off 340 workers at the same plant.

In anticipation of the final hammer dropping Thursday, workers gathered Wednesday night at their traditional watering hole, Sully’s Bar and Grill, to talk about their impending job loss and demand the president use his upcoming State of the Union address to recommit to halt the off-shoring of U.S. manufacturing jobs. The evening was organized by Good Jobs Nation, a national group that advocates on behalf of workers, and was live-streamed on the group’s Facebook page.

“I voted for Trump,” soon-to-be-unemployed line worker Duane Oreskovic told a New Yorker reporter Wednesday night. “Financially, I thought he’s a genius. I said, ‘Well, America’s in debt; maybe he can do something and turn the economy around.’ Obviously, it’s not looking that way.”

Carrier announced plans in 2016 to move all of its Indianapolis operations to Monterrey, Mexico, and close the west-side Indy factory. It was part of a plan by Carrier’s parent company, Connecticut-based United Technologies Corp., to cut a total of 2,100 jobs in Indiana, including closing another factory in Huntington, northeast of Indianapolis. UTC is following through with the layoffs in spite of posting a more than $3 billion profit in 2016, according to Bloomberg.

The layoffs became a flashpoint during the presidential election. Trump slammed the plans from the campaign trail and threatened to “tax the hell” out of Carrier products if they left the country. He traveled to the Indianapolis factory weeks after his election with Vice President-elect (and former Indiana governor) Mike Pence to announce a tax-incentive agreement partially reversing the closure and keeping the jobs at the Indianapolis plant. As part of the deal, the factory received $7 million in conditional state tax incentives and training grants and agreed to stay open in Indianapolis for another 10 years.

Since then, Chuck Jones, president of United Steelworkers Local 1999 at the Carrier plant, has slammed Trump for taking credit for supposedly saving factory jobs, when it turns out it’s actually far fewer and mostly office positions — while delivering tax breaks to Carrier and its parent company.