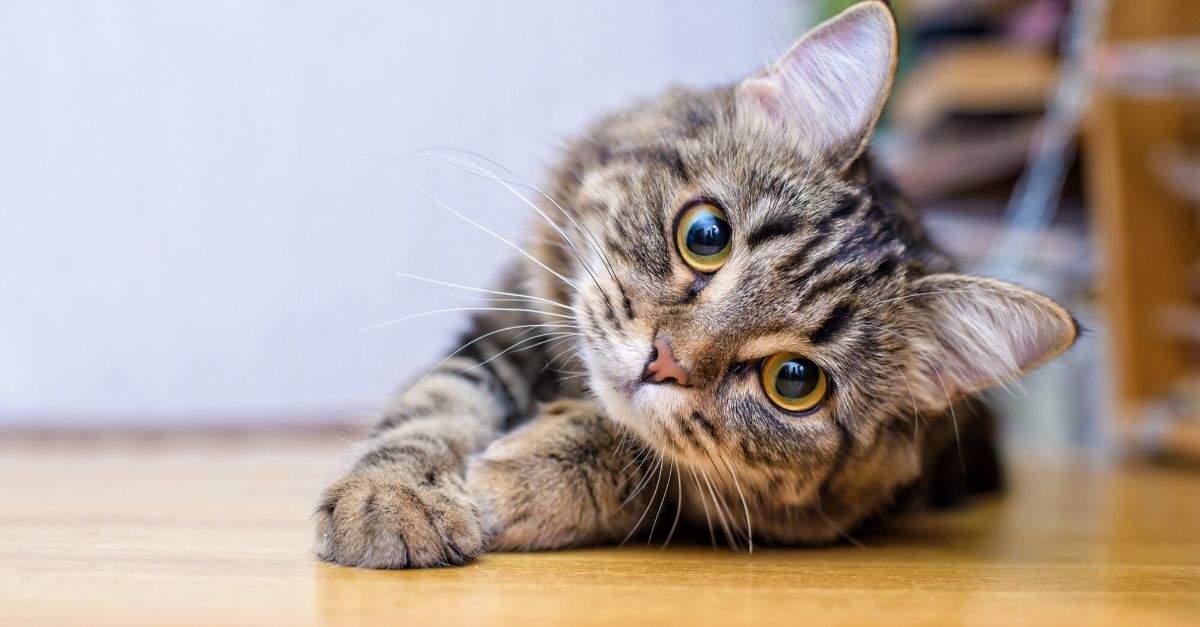 A woman in Ontario was shocked after she discovered a young cat with duct tape wrapped around its face. Nicole Paling says she found the cat at night roughly an hour after it had been dropped off in the parking lot of a local veterinary clinic. She had originally thought someone had left a carrier in the lot by mistake, confusing the clinic for animal control.

When she looked inside the box, she saw the three-year-old kitty with her head encased in silver duct tape, leaving only enough room for her nose. Paling immediately called her boyfriend, Brett Norton, to the clinic, who took nearly 10 minutes to carefully remove the multiple layers of tape that had constructed the cat?s mouth and ears.

In a video shot by Paling, Norton is seen calmly trying to reassure both the cat and his girlfriend while he uses a pocket knife to find an opening in the tape. The cat?s eyes were covered and its ears were folded, meaning Norton had to cut the tape millimeter by millimeter so he wouldn’t cut the cat?s ears.

Paling stated the whole process took a total of 10 minutes to get it entirely off the face. The next day clinic staff examined the cat and took a look at video surveillance footage from neighbors businesses to see if they can find a suspect. They were able to pinpoint a car that pulled into the lot and remained there for less than 5 minutes dropping off the carrier. Paling contacted the Halton Regional Police and told her they’re investigating the case.

The cat, who was named Lucky, is currently making a full recovery, but Paling states she is still grappling with the horror and shocked at the whole situation. Palin is the founder of the Every Life Matters Cat Rescue and says she is used to seeing sick cats and is used to dealing with feral cats, but has never seen this kind of torture.

Hundreds of adoption offers have flooded in for Lucky, but she has to remain at the clinic for a couple of weeks for more evaluation. I’m sure she’ll find a home in no time!