Charles Manson is back in the hospital for the second time this year, and it’s “just a matter of time” now 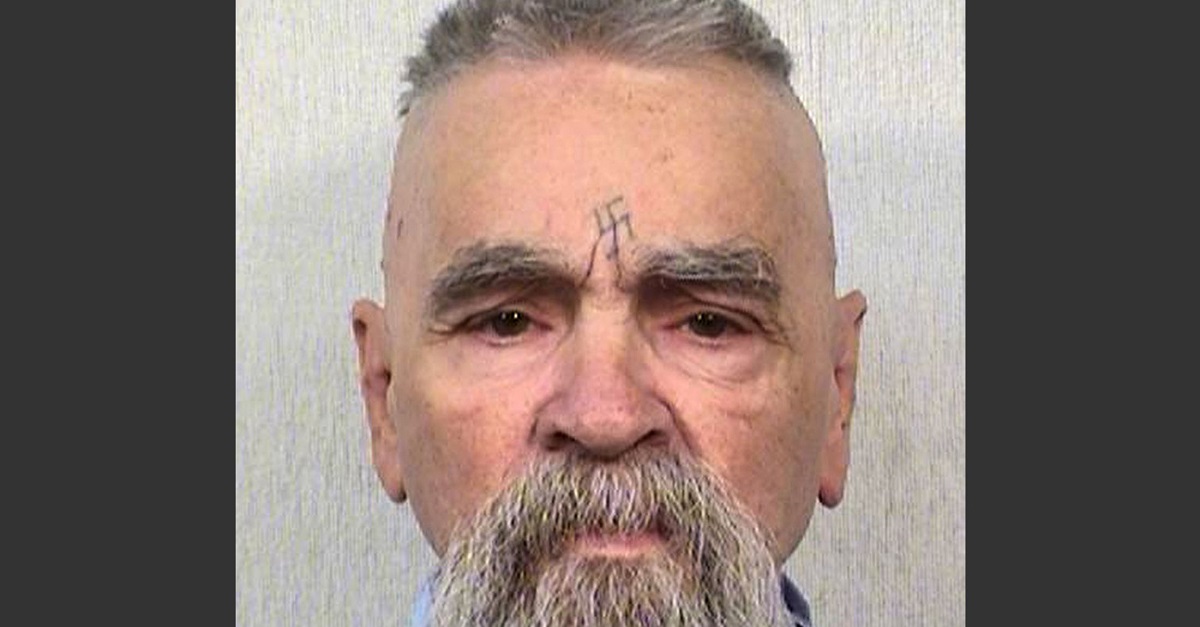 Charles Manson was hospitalized again after doctors could do no more for him earlier this year and “it’s not going to get any better for him,” according to a person familiar with the situation who spoke to TMZ.

He was reportedly rushed to the hospital three days go and is being escorted by five police officers as he goes from treatment to treatment. A source told the outlet he looks “ashen.” The 83 year old’s health has been continually deteriorating, and “it’s just a matter of time,” according to the source.

RELATED: Charles Manson is back in prison after being hospitalized, but he reportedly isn?t doing so well

The news comes after Manson was just in the hospital back in January after suffering from severe intestinal bleeding and needed surgery to repair a lesion. At the time, doctors determined that he was too weak to undergo the procedure. As there was nothing else they could do to help him, they sent him back to prison.

Following his return, someone close to him indicated that his condition had taken a turn for the worse.

?He?s not good,? the source said. ?His health is failing.?

RELATED: As Charles Manson was being prepped for surgery, doctors had to make a major decision

Charles Manson and his followers were arrested over forty years ago after the murders of Sharon Tate, who was eight months pregnant at the time, and four others at the home she shared with husband Roman Polanski. The victims were stabbed, shot and beaten death while Polanski was out of town. Following the murders of three others, Manson and his followers were arrested on suspicion of auto theft. Police only connected them to the murders after Susan Atkins, who was in jail for the Tate murders, told a fellow inmate about the rest of the cult.

“Because we wanted to do a crime that would shock the world, that the world would have to stand up and take notice,” she said.

Manson and five followers were indicted in 1969, with the leader facing murder-conspiracy charges. All of the defendants were found guilty, with many of them, including Manson, receiving the death penalty. However, California abolished the practice the following year, and all of their sentences were commuted to life in prison. Manson has racked up 108 disciplinary violations since 1971 and has reportedly shown no remorse for the killings.