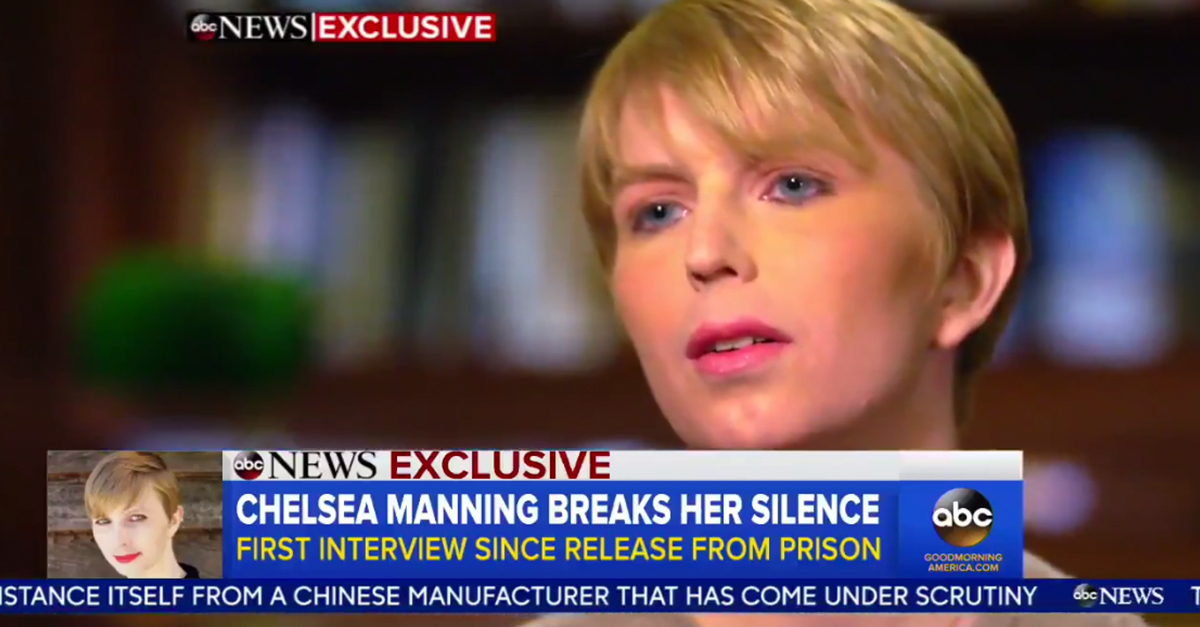 In her first interview since she was released from prison, Chelsea Manning told “Good Morning America” why she leaked hundreds of thousands of government documents to WikiLeaks.

WATCH: ABC NEWS EXCLUSIVE: Chelsea Manning speaks out for the first time since her release from prison, sitting down with @jujuchangABC. pic.twitter.com/DkoSZOP1Oj

Manning explained that she felt like she had a “responsibility” to the public to release the documents and made clear that she acted alone.

Manning told ABC that she has not had the chance to thank former President Barack Obama, who shortened her sentence shortly before he left office.

“I’ve been given a chance,” she told ABC. “That’s all I asked for was a chance. That’s it, and now this is my chance.”

Though her intentions may have been sound, Manning understands that she may have alienated her fellow veterans. Despite this, she insists that she respects the military.

“I have nothing but utmost respect for the military,” she said.