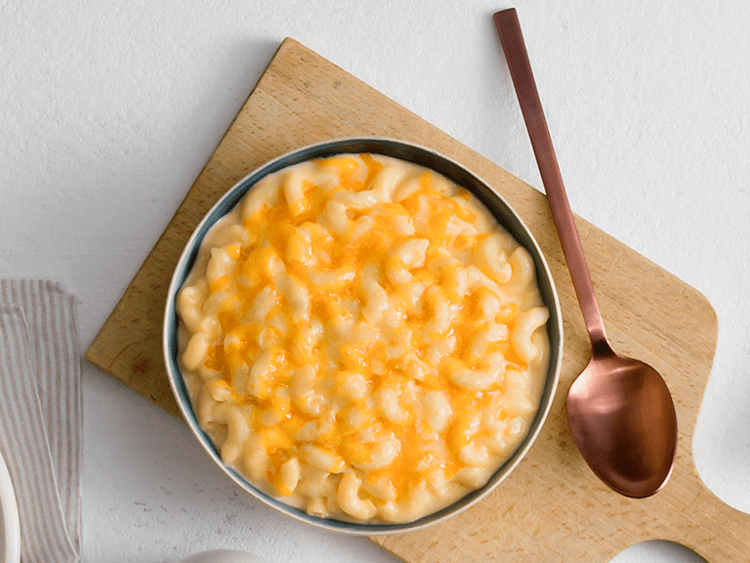 America’s favorite chicken fast-food chain is adding a Southern menu item and people are going absolutely noodles over it. This isn’t the first time Chick-fil-A has offered the side item to select audiences. Back in 2017, the cheesy dish was introduced as part of the brand’s “Family Style Meals” which were only available in Nashville, Tennessee. The family meal included a chicken entree and two shareable sides, including macaroni and cheese.

Today Chick-fil-A is testing macaroni and cheese in a limited-time test in select cities in Texas, Maryland, Tennessee, and Georgia. These test markets are a great indicator to see how the product would fair as a permanent menu item. This isn’t the first time Chick-fil-A has tested a new product. Back in August, the brand tested meal kits in 150 Atlanta-area locations.

The macaroni is served with a cheesy sauce of cheddar, parmesan, and Romano. According to Business Insider, the brand experimented with many different mac and cheese recipes, including one with cauliflower, before settling on the current recipe. The mac & cheese closely resembles what Chick-fil-A’s 12 Dwarf House restaurants currently serve.

If you haven’t had the chance to visit one of Chick-fil-A’s Dwarf House restaurants, we beg you to hop on the next plane and make your way to Atlanta to eat at the original. As the founding restaurant for the brand, The Dwarf House is a homey diner preparing the same menu from 1946. Menu items include the famous Hot Brown, burgers, BLT sandwiches, fried okra, collard greens, and macaroni and cheese.

There’s no saying how long the new side will be available, but fingers crossed it makes it on the permanent menu soon.