Parents Are Organizing “Chickenpox Parties” To Intentionally Share The Disease 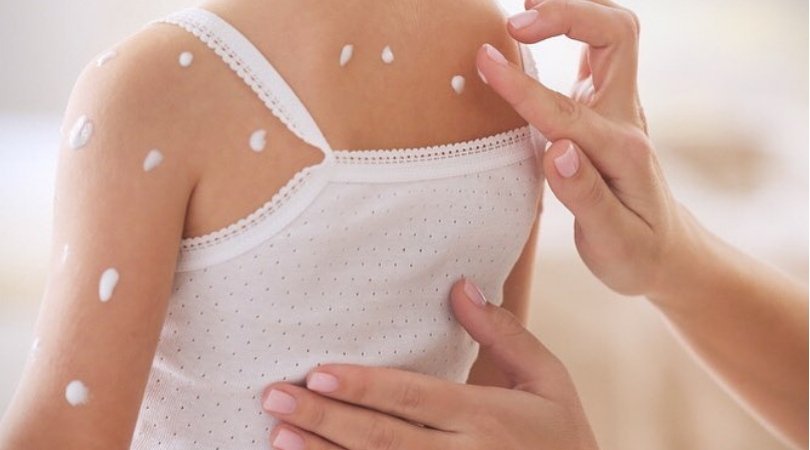 Before the chickenpox vaccine was introduced more than 20 years ago, parents exposed their kids to the virus to build an immunity. Today, some parents refuse to vaccinate their children in fear of rare side effects that might damage their system, which is why parents are organizing “chicken pox parties” and play dates on Facebook.

Yes, pox parties. Let me explain because I was as grossed out as you are right now. Basically, these parents are bringing their already healthy children into contact with children who have chickenpox. These parents are part of a Facebook group that tells them who is infected, how long they have been sick, and where they are located. The worse part about his whole thing is that parents are actually willing to drive miles away from their home so they can put their kids in the same room as the infected person.

The private Facebook groups show strategies and methods to get children sick, suggesting to put them in a small space for half an hour with the sick child. This “ensures” the enclosure if full of exhaled air, which is when the healthy kid is added with “toys to keep them occupied”. Since the virus is extremely contagious and can be spread when an infected person sneezes, coughs, or through fluid from chickenpox blisters, parents believe exposing their children to an infected child will help them catch the disease quick and easy.

Now, I am no expert on this situation, but is this even legal? They are treating children like toys and exposing them to who knows what. What is the infected kid has more than chicken pox? Mind you…do the mom’s even know each other? What if they are strangers? It’s like a tinder date for chickenpox, which makes it even grosser!

A mom even writes, “Bonus for sharing snacks out of the same bowl”, suggesting other moms bring snacks for both the kids and the parents who are waiting for their children to get infected. And in case you were still in doubt of whether this whole situation is real, the proof is out there! These parties are actually happening after one Colorado mother shared that she had been “swamped with requests” and can accommodate as many children as possible, providing specific timeframes for when her daughter (who is infected) was free.

So, do these kinds of ‘parties’ (that I personally would never attend or let anyone I know attend) actually work? Well, according to Lindsay Diamond who has a doctorate in molecular biology and is the co-founder of Community Immunity, there is an emphasis on natural immunity being better than vaccine-delivered immunity. Meaning, yes you can actually give your child chickenpox this way by giving them a sort of lifelong immunity, but one can achieve the same thing with the vaccine without serious risks.

Major side effects of vaccines as an allergic reaction are extremely rare, and the benefits outweigh any potential problem. The more people exposed to the virus itself, the higher the chance is for serious complications.

“This is all focused on your child, but in reality, this is a community issue. And so these people then go out into their world. They go to the library, they go to the grocery store, they go to schools where there’s likely to be an immunocompromised person. And then you are risking the health of not only your own child but the public health.”

Chickenpox can be a serious infection, especially for infants, people with weakened immune systems, and pregnant women. Putting your children through these chicken pox parties can result in severe complication such as pneumonia, bleeding problems, brain swelling, bacterial skin infection, bone and joint infection, toxic shock, and death. There is no way to predict whether your child will be one who suffers a complication or not.

Chicken Pox 🐔 our poor baby has been struck down with some nasty chicken pox 😖 we are currently on day 4 since the spots have come out and it’s just horrible! You can’t help but feel helpless😖 all you can do is comfort your baby and keep applying the special cream and in time they will go away! Doesn’t help I’m coming down with another flu 🤧 this year has been awful for sickness in our household! So OVER IT 😢 • • • • • #chickenpox #angel #skylar #skylarrose #tatted #tattoos #tattooedmum #tattooedmummy #tattooeddad #tattooedfamily #family #love #lifestyle #happiness #joy #selfie #vloggers #familyvloggers #youtube #youtubers #vlog #amyjordanskylar #toddler #morningtonpeninsula #peninsulaparents #australian #aussievloggers

Experts state vaccinations are the best way to protect children and communities from chickenpox. The virus in the vaccine has around one thousand-fold less chance of serious rare complications than actual chickenpox and close to zero risks of fatal complications. Even if your child isn’t among those who end up with a complication from chickenpox, still, living through the disease is extremely uncomfortable.

If your child can get a vaccine shot, then they will never get chickenpox virus and one won’t have to deal with the symptoms. You get the same immune protection with less suffering. It’s a win-win situation. So, basically, hey parents…maybe don’t do any more chicken pox parties? Go get vaccinated, okay?

This is too much.