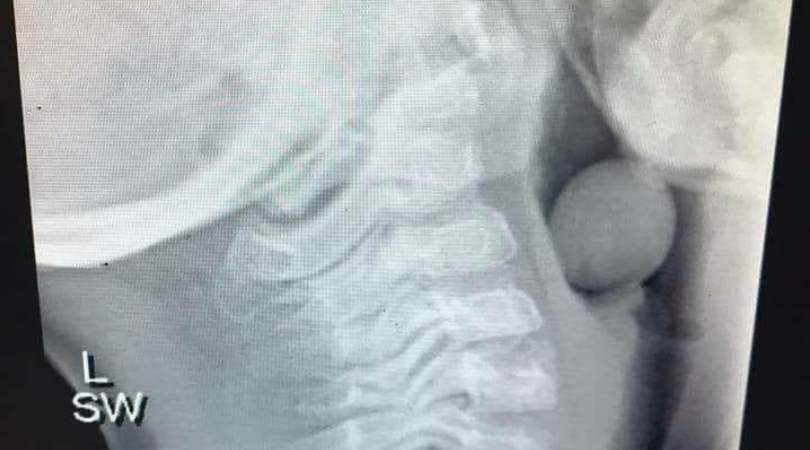 There is no denying that it’s important for young children to eat their fruits and vegetables daily to be healthy. Although grapes are tasty and the perfect on the go snack for little ones, many parents don’t realize how dangerous grapes can be if not cut properly. Grapes should never be served to children as a whole. It is important to slice them lengthwise to prevent harm from getting logged inside their throat.

Why? Well, the width of a grape is the same size as a small child’s airway. An Australian blogger is warning parents of the crucial trick after a 5-year-old had to go to the emergency room for having a grape lodged into his throat. Through a Facebook post, she urged parents to be mindful that not all kids chew their food when they are in a rush and want to finish quickly, making it a high-level choking hazard.

According to the mother, the toddler had to go to intensive care and be operated on under general anesthesia in order for the grape to be removed. She explained how she hopes to raise awareness so no other family has to go through the fear she went. Food is a common cause of choking in children. Luckily, the grape wasn’t blocking the child’s airway.

When it comes to food, according to a study in the Archives of Disease in Childhood, grapes are among the most dangerous circular foods a child can eat, along with cherry tomatoes. There are numerous incidents involving kids choking on grapes, and some, unfortunately, do result in death due to blocked airways. Choking is the fourth leading cause of accidental death in children under the age of 5, which is why it is important to cut grapes to avoid having your child’s x-ray go viral.

According to WebMD, children under age 4 shouldn’t eat the following foods:

This article was originally published on January 16, 2019.

Watch: Did You Know Eating Spicy Food Extends Your Life?