Chris Christie said he didn’t get any sun, but the world saw him tanning on the very state beach he shut down 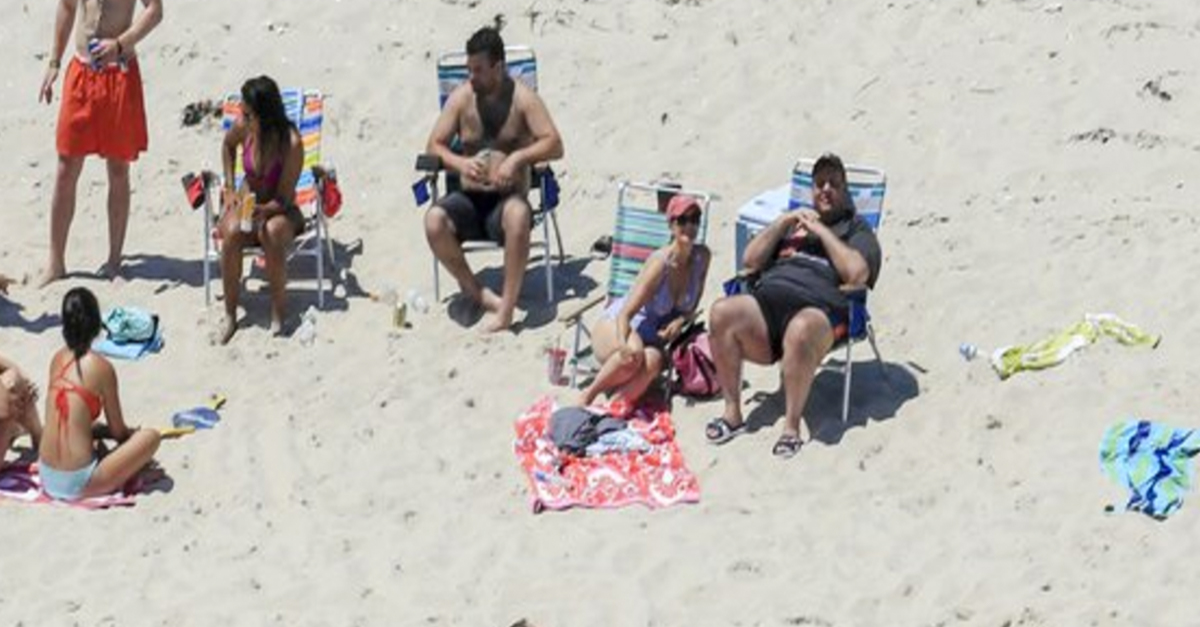 Gov. Chris Christie got blistered online Monday after he was photographed sunning himself on a New Jersey beach that he had closed to the public over the Fourth of July weekend because of a government shutdown.

Christie defended his use of the beach, saying he had previously announced his vacation plans and the media had simply ?caught a politician keeping his word.?

The Republican was photographed Sunday by NJ.com at Island Beach State Park lounging in a beach chair in sandals, shorts and a T-shirt. He and his family had the sun and sand to themselves.

RELATED: Donald Trump has a 71 percent approval rating ? just not in America

?I didn?t get any sun today,? Christie told reporters at a news conference later in the day in Trenton. Then, when told of the photos, his spokesman told NJ.com that what the governor said was true because Christie was wearing a baseball hat.

The deeply unpopular governor then returned by helicopter to the state-owned governor?s beach house, flying right into the middle of a growing storm of his own making.

He was widely mocked online as selfish and arrogant, with memes using the image of Christie in his beach chair. Some commenters ridiculed the portly Christie over his weight.

?Let them eat funnel cake,? blared a headline in the Trentonian newspaper over the weekend after Christie ordered the shutdown but disclosed his plans to use the official beach house anyway.

Christie?s lieutenant governor, who is running in November to succeed him, said Christie?s beach time was ?beyond words.?

?If I were governor, I sure wouldn?t be sitting on the beach if taxpayers didn?t have access to state beaches,? said Republican Lt. Gov. Kim Guadagano. ?We need to end the shutdown now. It?s hurting small businesses and ordinary New Jerseyans.?

Christie ordered the shutdown of nonessential state services over the holiday weekend, including parks, beaches and motor vehicle offices, in a stalemate over his demand that Horizon Blue Cross Blue Shield be overhauled so that the state can tap into the nonprofit insurer?s surplus to finance drug treatment.

Christie, who is heading into his final six months in office with approval ratings at an abysmal 15 percent, made supporting the $34.7 billion state budget contingent on the overhaul.

Christie?s ratings nosedived after three of his former allies were charged in the George Washington Bridge political revenge scandal, after he threw his support to Donald Trump and after his own presidential campaign fizzled.

Christie has blamed a top Democratic lawmaker for the shutdown, with the state plastering CLOSED signs at parks with Assembly Speaker Vincent Prieto?s picture and office phone number.

?That?s the way it goes,? Christie said Saturday about his family?s use of the beach home. ?Run for governor, and you can have the residence.?

Later, after he was photographed on the beach, he sarcastically called it a ?great bit of journalism.?

RELATED: Donald Trump has a 71 percent approval rating ? just not in America

Christie?s Horizon proposal has perplexed some conservatives, who are fighting the legislation. Union groups that typically align with Democrats, such as the state?s largest teachers union, also oppose the idea.

Among those affected by the shutdown over the weekend were Cub Scouts forced to leave a state park campsite and people trying to obtain or renew motor vehicle documents.

Liberty State Park was closed, forcing the suspension of ticket sales and ferry service to the Statue of Liberty and Ellis Island. But the two sites remained open.

Prisons, state police, state hospitals and New Jersey?s bus and commuter railroad remained open. The vast majority of beaches remained open in the state as well, since most are controlled by towns up and down the state?s 130 miles of coastline.

?Come and enjoy them,? Christie tweeted Monday, ?but use sunscreen and hydrate.?