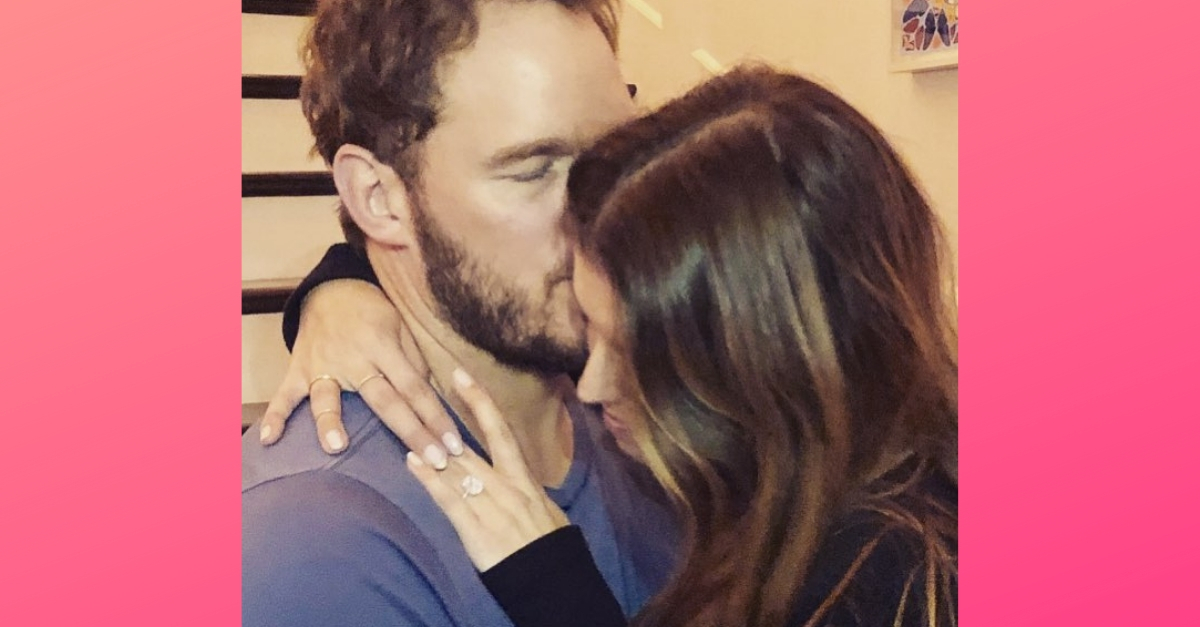 Can you hear the wedding bells already? Actor Chris Pratt and author Katherine Schwarzenegger, daughter of Arnold Schwarzenegger, have announced their engagement on their Instagram accounts. The Guardians of the Galaxy and Jurassic World actor shared the news early Monday morning, “Sweet Katherine, so happy you said yes! I?m thrilled to be marrying you. Proud to live boldly in faith with you. Here we go! ????”. Cue the white doves!

Sweet Katherine, so happy you said yes! I’m thrilled to be marrying you. Proud to live boldly in faith with you. Here we go! 💍🙏♥️

According to People, the couple’s engagement comes two years after he and Actress Anna Faris split up in July 2017. The couple was married for eight years and have a six-year-old son named, Jack. The couple announced their separation publicly on social media both stating that “We tried hard for a long time, and we?re really disappointed?.

Thankfully, things between them are friendly, the ex-couple spent Halloween together along with their significant others and Jack. Anna Farris is currently dating cinematographer Michael Barrett who she fell in love with while making Overboard. The couple keeps out of the public eye.

Pratt and Schwarzenegger have been keeping themselves out of the public eye as well, in fact, the couple had not made public statements about their romance until December 13. Pratt posted a fun Instagram post of Schwarzenegger for her birthday with the note, “Happy Birthday Chief! Your smile lights up the room. I?ve cherished our time together. Thrilled God put you in my life. Thankful for the laughs, kisses, talks, hikes, love and care”.

Happy Birthday Chief! Your smile lights up the room. I’ve cherished our time together. Thrilled God put you in my life. Thankful for the laughs, kisses, talks, hikes, love and care.♥️🍾🎉🎂

The couple met through Maria Shriver, who knew Chris through mutual friends. 39-year-old Chris and 29-year-old Katherine began dating around May according to a source. Since then the couple has gotten close with each other’s family, including a dinner with Patrick Schwarzenegger.

No wedding date is set yet, but keeping with Kennedy tradition (Katherine is the grand-niece of John F. Kennedy), the wedding could be a lavish affair.