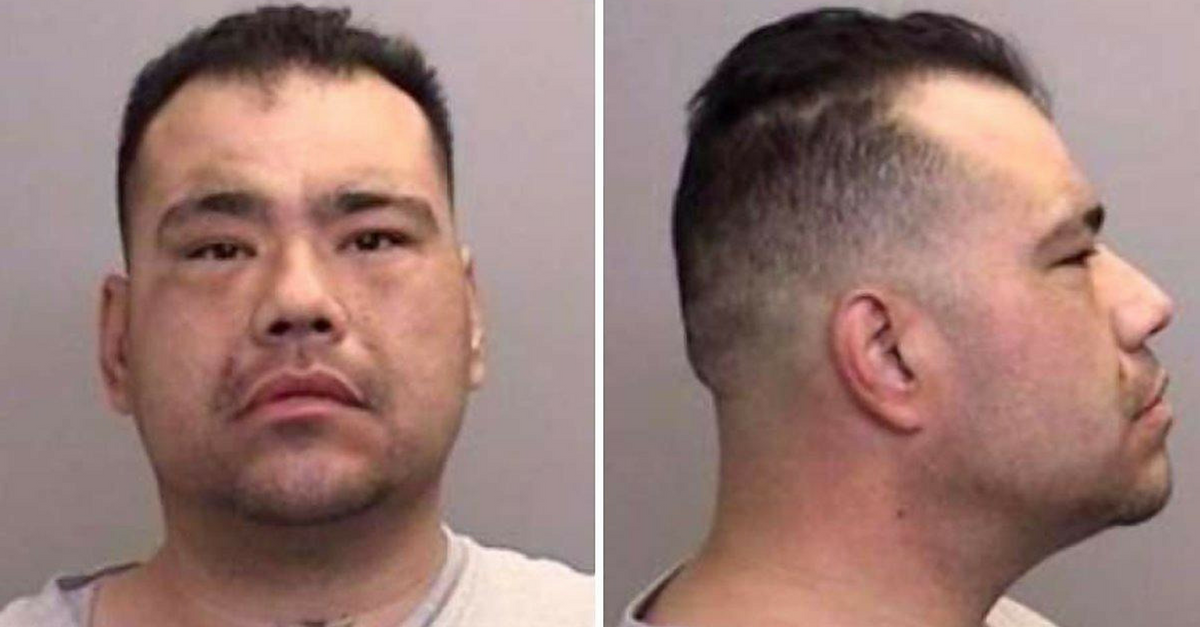 An argument on Christmas Eve between two family members over marijuana ended with one of them behind bars and the other missing part of his ear.

California police officers responded to a call about a physical altercation between two relatives to find that a piece of a 35-year-old man’s ear had been bitten off. The victim, who had “fresh blood running down his face” when police arrived, was immediately taken to a nearby hospital, treated for his injury and subsequently released.

As officers investigated the situation further, they discovered that the victim had been drinking alcohol with 40-year-old relative Samuel Paul Galindo when the pair got into a disagreement about a marijuana product. Galindo allegedly became so enraged during the argument, that he “forced the victim to the ground and began shoving his fingers into the victim?s eyes.” All the while, he repeatedly told the victim that he intended to kill him before biting off and spitting out a portion of the man’s ear.

Next, Galindo reportedly held a “cylindrical object” in his fist as he attempted to punch the victim, who somehow fled. Galindo chased after him, continuing to yell that he was going to kill him, until the victim was able to secure himself in a locked car. While taking cover inside the vehicle until police arrived, the victim endured more even death threats as Galindo repeatedly punched the vehicle’s windows.

According to police officers, Galindo was arrested at the scene without incident. He was then booked into the local county jail and charged with several crimes, including mayhem, assault with a dangerous weapon, criminal threats and for violating parole.

RELATED: A father fatally shot who he thought was a car thief on Christmas Eve, but he was horribly wrong