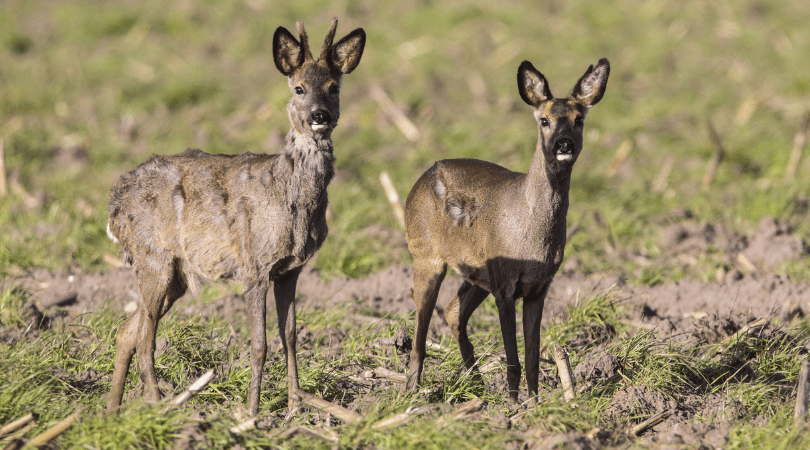 Start sharpening your machetes. String up that crossbow. It’s time to wrap barbed wire around your Louisville Slugger. Go buy all the ammo. Zombies are pretty much real. For now, they’re only wild deer in North America, but that may not last. The zombie sickness infecting the deer is called Chronic Wasting Disease, which is a prion disease also known as a transmissible spongiform encephalopathy. It affects deer, elk, reindeer, sika deer, and moose. What CWD does, basically, is cause dramatic weight loss in the infected animals. It also causes them to wander in circles and lose their fear of humans.

According to the Centers for Disease Control and Prevention, cases of CWD have been observed in free-ranging deer, mule deer, moose, and elk across 24 states across the United States, including Wisconsin, Wyoming, Colorado, Mississippi, Texas, Kansas, and Michigan. CWD has also been observed in several Canadian Provinces. No cases have been reported in humans — yet — but researches at the University of Minnesota caution that it’s only a matter of time.

Great weekend collecting CWD samples (chronic wasting disease) for NDOW. We had to collect the two lymph nodes from kinda behind the jaw bone and then the obex, which is part of the brain stem. This was the first time I ever volunteered for them and it was a blast! I learned so much throughout the process and I met a lot of nice hunters along the way. #nevadadepartmentofwildlife #volunteering #muledeer #elk #chronicwastingdisease #huntnevada #rifleseason

You’re probably (rightly) wondering how humans can potentially contract Chronic Wasting Disease. Is some confused, malnourished moose with absolutely zero fear of the naked apes it’s attacking going to burst through your bay window and try to bite your face off to get to some sweet, juicy brains? A fair question, but no. (Not yet?) For now, the spread of the disease from animals to a human will most likely be caused by eating infected meat. You may have to hold off on eating your buddy’s venison burgers made from the deer he took down during hunting season or jellied moose nose. Experts believe that the number of human cases of Chronic Wasting Disease, which is fatal for infected deer, will be substantial. So that’s fun. There is, at present, no vaccine. (Also cool.)

Experts are comparing Chronic Wasting Disease and its potential spread to humans to Mad Cow Disease (also known as Bovine Spongiform Encephalopathy), which researchers once thought wouldn’t be able to be spread to human beings either.

Considering this the beginning of the next great American Civil War. This time its humans versus zombie deer.