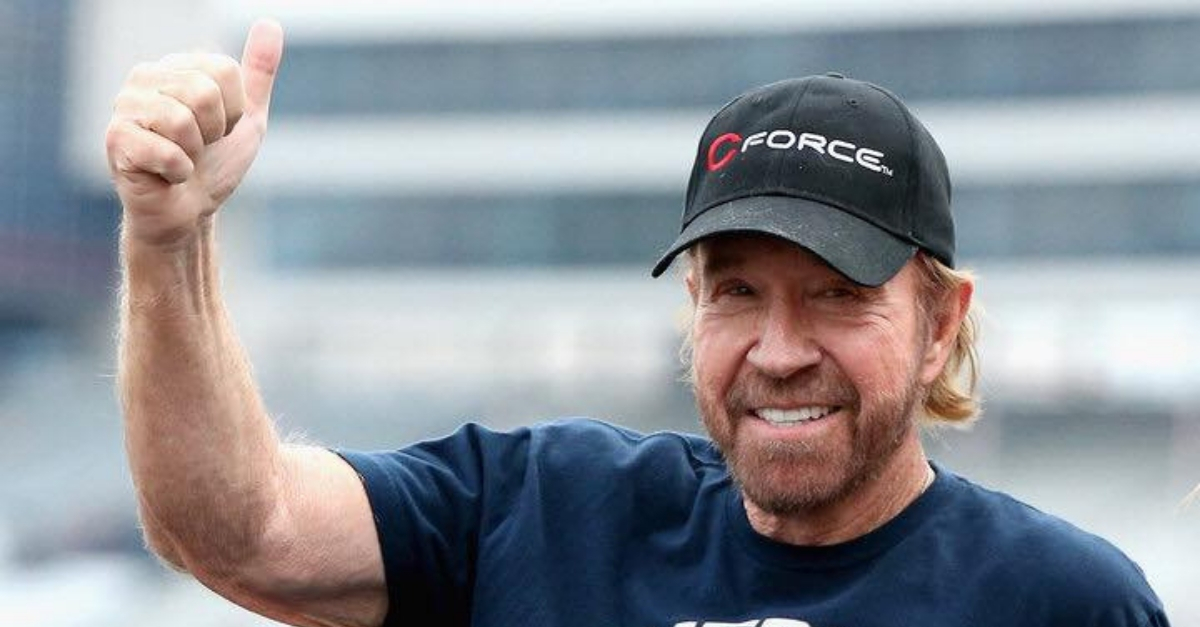 There are countless legends about the man with the beard. Some say Chuck Norris can believe it’s not butter. Others swear that Chuck Norris can win a game of Connect Four in three turns. And the biggest believers are adamant on the fact that Chuck Norris always knows where Carmen San Diego is hiding. Well, fool me once, shame on you. Fool Chuck Norris once and he will roundhouse kick you in the face. These are all theories, but one thing is for sure, Chuck Norris is assembling an army of clones in Texas.

It’s true. The Walker, Texas Ranger star, known for his killer martial arts skills and sweet belt buckle, is hosting the first ever ‘CForce Chuck Norris 5K’ race in College Station, Texas and is hoping to set a new world record: the most people in one place dressed as Chuck Norris.

All family members are encouraged to come out an participate as look-alikes, even babies!

she wears a beard better than me. #chucknorrislookalike #beards #vscocam

The race starts off at 9 am, after an inspirational speech from the legend himself. Either walk or run the course and look for Chuck Norris at the finish line. It’s rumored his high-fives are deadly.

Once you finish the race stick around and enjoy the after party which includes some of Chuck’s favorite foods and local brews. There will be live music, face painting, and even a bounce house for the little ones to enjoy.

If that’s not enough to inspire you to run, Chuck Norris is happy to announce 100% of the proceeds are going to be split between two charities; Kickstart Kids and Merc Project. Kickstart Kids is a non-profit organization, formed by Chuck and Gena Norris, to teach martial arts character development throughout Texas. Mercy Project, which is based in Bryan/College Station, is working to eradicate child slavery in Ghana.