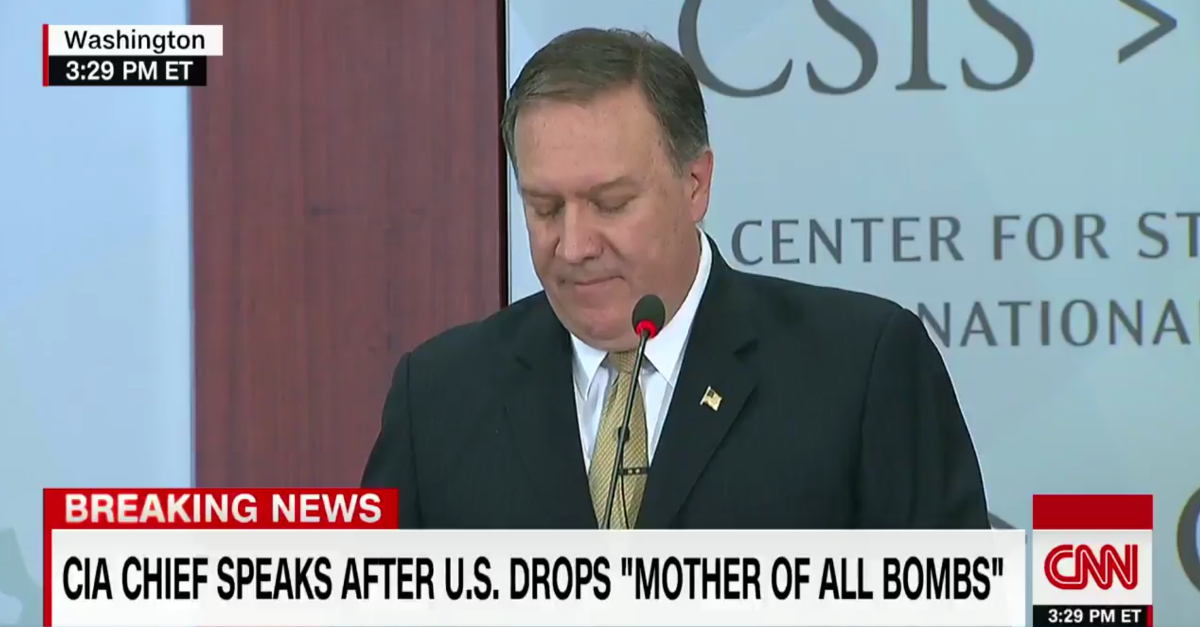 CIA Director: Time to call out WikiLeaks for what it is: A non-state hostile intelligence service often embedded by state actors like Russia pic.twitter.com/lVuDt2vzNm

RELATED: Rand Paul says Mike Pompeo will have to answer for his views on torture and mass surveillance

While a number of U.S. intelligence agencies have stated that they believe Russian hackers were behind the trove of e-mails released by WikiLeaks, the organization has said that no foreign actors were involved. Pompeo went a step further and said that WikiLeaks “has encouraged its followers to find jobs at the CIA in order to obtain intelligence.”

RELATED: Here’s what the man Trump chose to run the CIA thinks should happen to Snowden

At another point in his speech, Pompeo stated, “That Assange is nothing short of a hero to these terrorists is reprehensible […] frankly our government has not done enough looking at this new risk.” The CIA Director’s attack on WikiLeaks is a change of stance for him, as less than a year ago, he was sharing WikiLeaks documents via Twitter.

Mike Pompeo was sharing Wikileaks documents on his Congressional Twitter account less than a year ago pic.twitter.com/cl5P6vnXSE