Tim Commferord, bassist for bands like Rage Against the Machine, Audioslave and the current version of Rage, Prophets of Rage, had a lot to say when asked about Colin Kaepernick not standing for the national anthem.

Kaepernick announced that he would not stand for the American flag during the national anthem as a protest against what he believes is systematic racism in the United States.

Commerford, who has long supported left-leaning politics, couldn’t have agreed with Kaepernick more when asked about the situation by TMZ.

RELATED: At least one NFL player thinks what Colin Kaepernick is doing is an example of what makes America great

“Awesome, love it,” Commerford said. “He has an open invitation to be a part of our show. That guy is badass.”

Commerford went on to say that though he is a fan of the Denver Broncos, the San Francisco 49ers quarterback has won him over.

“I love him now, he won me over,” Commerford said. “When you go up against a huge organization like the NFL and you just say ‘I want to say what I want and I don’t care what the repercussions are,’ that’s punk.”

Commerford has been open about his politics throughout his career and never shied away from controversy.

In a 2015 interview with Rolling Stone, Commerford famously said that he didn’t believe that ISIS was actually a unified group, and that their famous beheading videos might be fake.

In the same interview, he made sure to rip into then-Republican presidential contender Donald Trump. Commerford predicted that Trump would drop out of the race. Now, he is the Republican nominee for President of the United States.

“He has united these racist people in America to focus on immigration and at the last minute — mark my words — he’s going to drop out and he’s going to hand the sword over to Jeb [Bush],” Commerford said at the time. 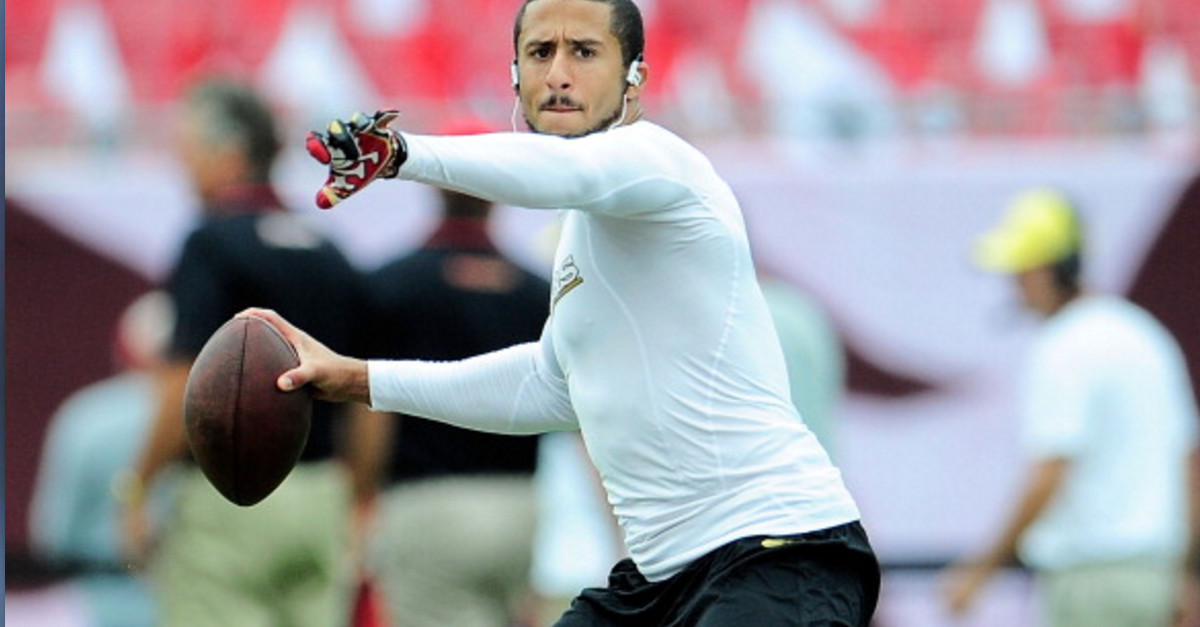