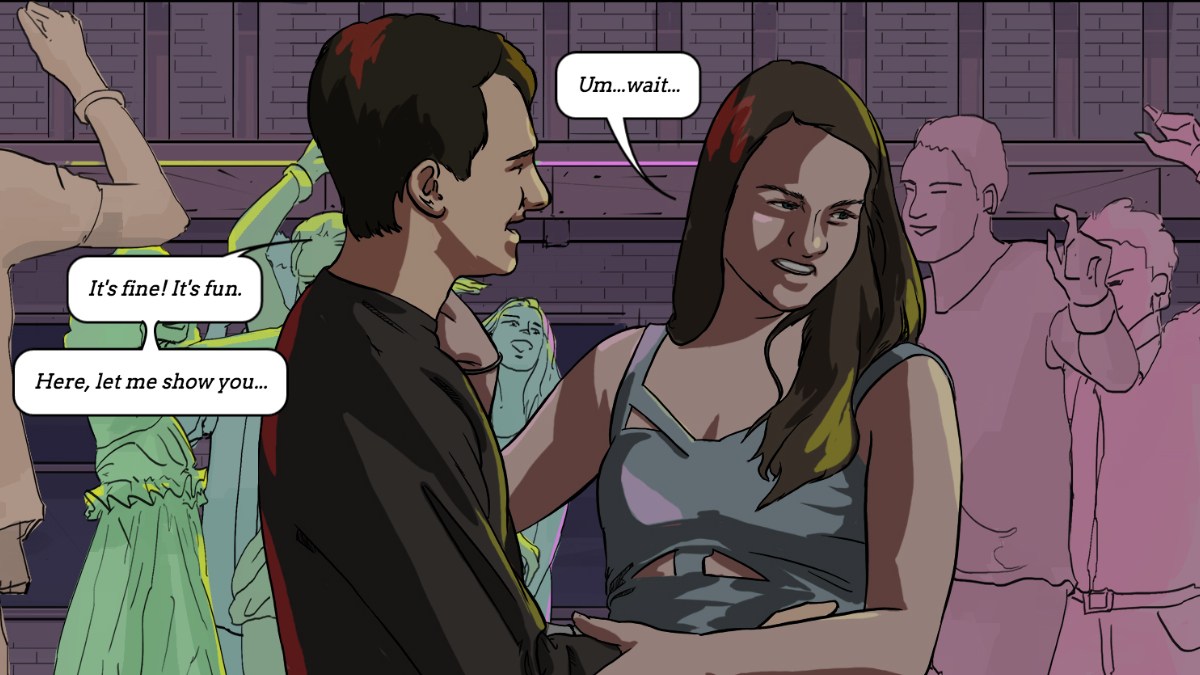 Ever since computers were put in classrooms, people have been trying to figure out a way to make games into lessons. Remember Oregon Trail and Number Munchers?

Now, educators are taking the love of computer gaming into colleges to provide help drive a lesson home.

Students at Carnegie Mellon University recently created an interactive game to help people be aware of some pretty big problems on college campuses these days ? sexual assault and sexual harassment.

The game ? Decisions that Matter: An Interactive Experience ? puts kids through situations such as seeing someone take an intoxicated person upstairs, witnessing an uncomfortable and inappropriate flirtation or even watching as things get aggressive at a party.

Instead of playing as if you were the victim or the aggressor, where people tend to know the ?right? answer even if it isn?t necessarily what they would truly do in those situation, the game helps people to understand the role that a bystander or witness can play.

“I’m very wary of things that focus on ‘violence prevention’ because when some of these products come on the market, like apps, or things like anti-rape underwear, all they do is put the responsibility of prevention on the survivor. That’s not okay,” Jessica Klein, coordinator of gender programs and sexual violence prevention at CMU, told Elle.

“I told (the professors teaching the class that designed the game) that I can’t see another product that puts the burden on the survivor. I really wanted this to focus on something else, like the importance of being an active bystander,” she said. “But it’s not only about teaching bystanders how to act in that very moment, but about the complexities of sexual violence and assault on a continuum … because catcalling is also a form of sexual violence. Not many people think about it that way.”

Andy Norman, one of the professors who taught the course, said the game could change behaviors.

“One of the really important research findings we built this game on was one that basically indicates that you can actually change cultures in ways that reduce incidents of sexual assaults. It starts with people’s willingness?sometimes a small, sometimes a greater social risk?in calling people out on their behavior,” he said in the Pittsburgh Post-Gazette.

We?ll find out if the approach works soon, as the game is being introduced to students at freshman orientation sessions this summer.