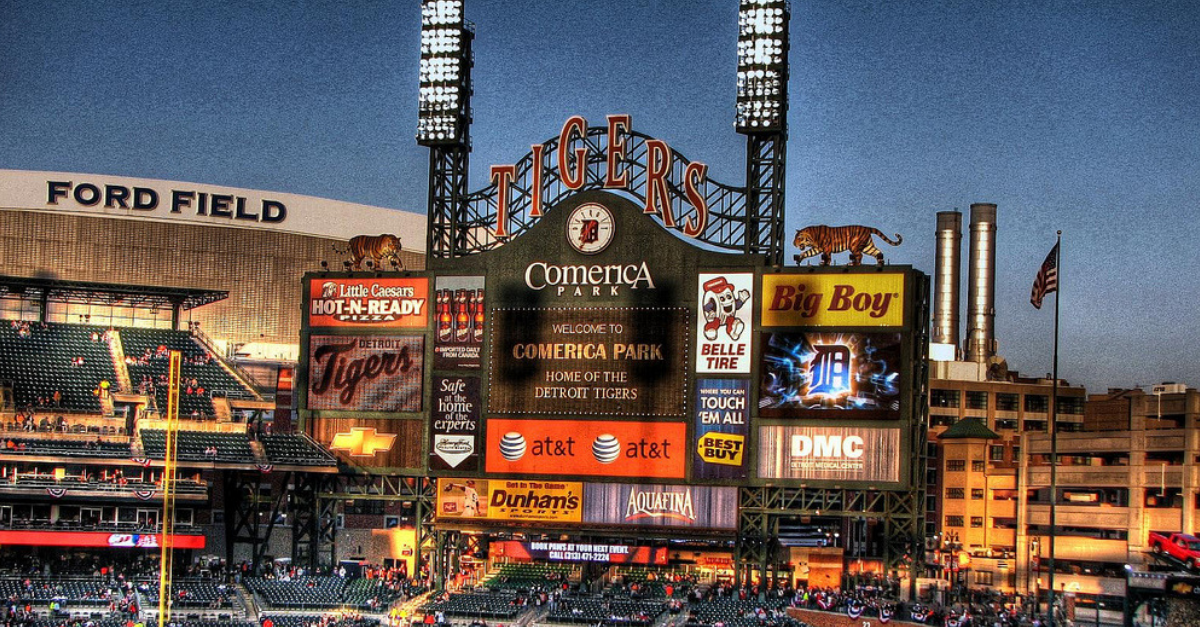 A concessions worker at Comerica Park, home of the Detroit Tigers, was arrested and charged with a felony after he was filmed spitting into the pizza dough of a Little Caesar’s pizza he was preparing for customers. Because he is a monster. A pizza ruining monster. The Comerica Park employee was caught on video by his coworker Quinelle May. May posted the video of the employee spitting to Instagram and tried to show his bosses his trash coworker’s troubling lack of food safety prudence but, in the most inexplicable Detroit Tigers related controversy since the team’s pitching staff’s inability to throw a ball to first base during the 2006 World Series, May’s bosses were sort of just like, “What? Go away.”

May’s bosses pretty much immediately came to regret not caring at all that a disgruntled employee was getting gross with their pizzas — who could’ve guessed! — after his Instagram video went viral. Though May has since been told to take the video off Instagram, the internet forgets nothing.

I was sent home early today because I didn?t have on my Comerica Park shirt and they say I was at the bathroom for too long. So they yelled at me and told me to go home. But since they made me go home early I couldn?t wait until after the game to tell them an employee was spitting in customer pizzas!!! ???#detroittigers @worldstar #worldstar #detroit f @theshaderoom The customers don?t deserve this!! This is disgusting! And for the company to threaten me and let me go for exposing this video to the fans is also disgusting!!?

May was able to film the incident because the employee told May he was going to do it, and that he had done it before. (Whenever he has a bad day, apparently.) An incredulous May decided he wanted to capture the employee doing it on video because May, a decent human being, thought routinely spitting your mouth waste into people’s food because traffic was bad is gross and wrong. And May wanted to show his terrible bosses.
Anyway, that didn’t work so he put it online and the video went viral. Detroit Sportservice, the company that runs the Comerica concession stands, said that after they were made of the situation the managers threw out all pizza prepared at that concession stand that day. Detroit police confirmed that the Comerica Park employee in question was taken into police custody.

May, meanwhile, was forced to take the video down and was suspended. Because of course he was.

Watch: 3 Ways to Hack a Frozen Pizza When You Just Don?t Feel Like Cooking