“Complete terror”: Mom reveals what made her daughter gouge out her own eyes in public 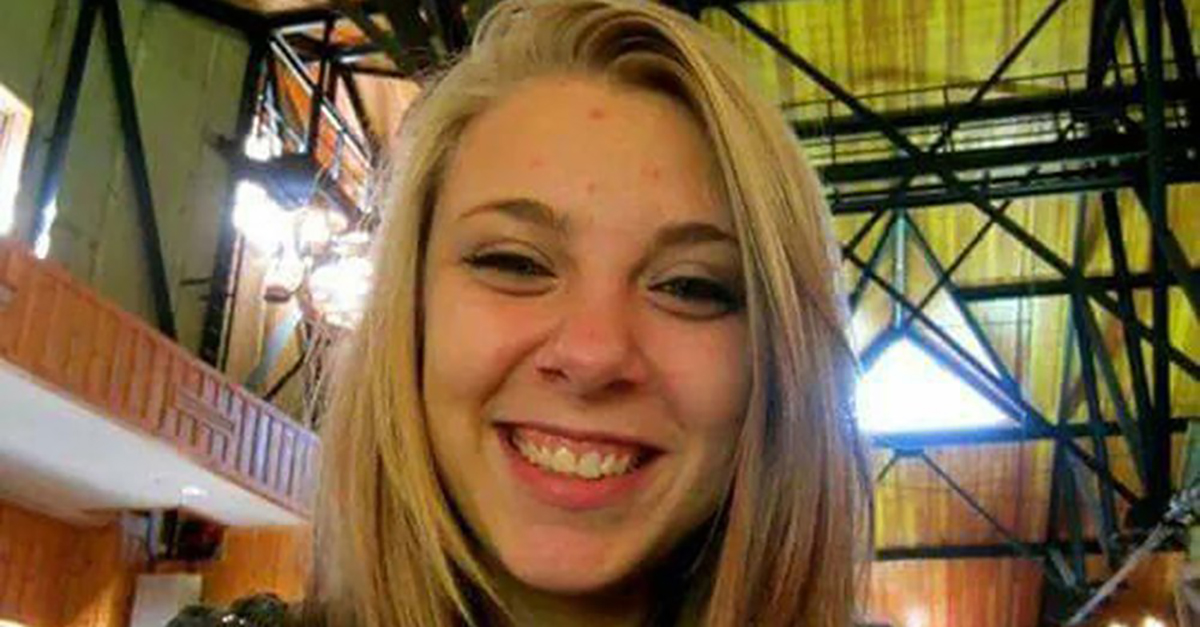 Katy Tompkins couldn’t believe what she was seeing: her daughter gouging out on her own eyes while in a drug-induced hallucinatory state on Feb. 6.

Now Tompkins is speaking out about the horrible incident and the illegal drugs she believes caused her daughter’s bizarre behavior, reports PEOPLE. Kaylee Muthart, 20, put a scare into the residents of Anderson, South Carolina, as she reportedly fought off people trying to help her during the episode.

A team of deputies was finally able to control Muthart long enough to get her aid and place her on a stretcher. She was flown to the trauma unit at Greenville Memorial Hospital, where doctors quickly worked to clean out her orbital sockets to prevent infection. But the damage was severe.

When her mother arrived at the hospital, doctors informed her that Kaylee was completely blind.

?That was a struggle, I can?t even explain that feeling when I found out. It was horrifying. Complete terror,? Tompkins, a mother of seven, told PEOPLE. ?I was thankful she was alive, but I knew something was wrong with her.?

RELATED: A “Teen Mom” just admitted to using drugs while pregnant with her baby

About six months before the incident, Kaylee started using methamphetamine, her mother said. Doctors believe Muthart used meth laced with some other chemical on the day of the incident, causing her to hallucinate the world as “upside down” while voices told her to “sacrifice her eyes” so she could enter heaven.

Tompkins said Muthart’s first experience with meth came last year, when she unknowingly used marijuana that was laced with the stimulant. Her family tried to convince her to get help, and Muthart was apparently going to enter a rehab program the week following the eye-goucing incident.

RELATED: A man allegedly attempted to pay his tow-truck driver in drugs, but it didn’t go over too well

?The day before it happened, which was my birthday, I was getting ready to have her committed, just to get her off the streets and away from it,? Tompkins told PEOPLE. ?But I was too late.?

Muthart remains hospitalized for her injuries.

?She?s been doing wonderfully. Each day at a time, she just gets a little better and better,? Tompkins said. ?She?s getting all different kinds of treatment, but she?s going to have to relearn everything. It?s like she?s almost starting life over again.?

Muthart plans to get prosthetic eyes in the same aqua green color her natural eyes had.

?I still haven?t grasped it yet. I can hardly look at her pictures right now, and I can?t think of her not being able to see,? Tompkins told PEOPLE. ?I don?t like the dark, and I think, ?Oh my gosh, that poor thing will always be in the dark.??

?This is something you never think is going to happen to you, but it did,? Tompkins said. ?A lot of the mothers I talked to have kids that have been addicted to heroin for 10, 15 years, and I?m like, ?How did you get through it?? My daughter was doing it for six months, and it literally tore me up.?