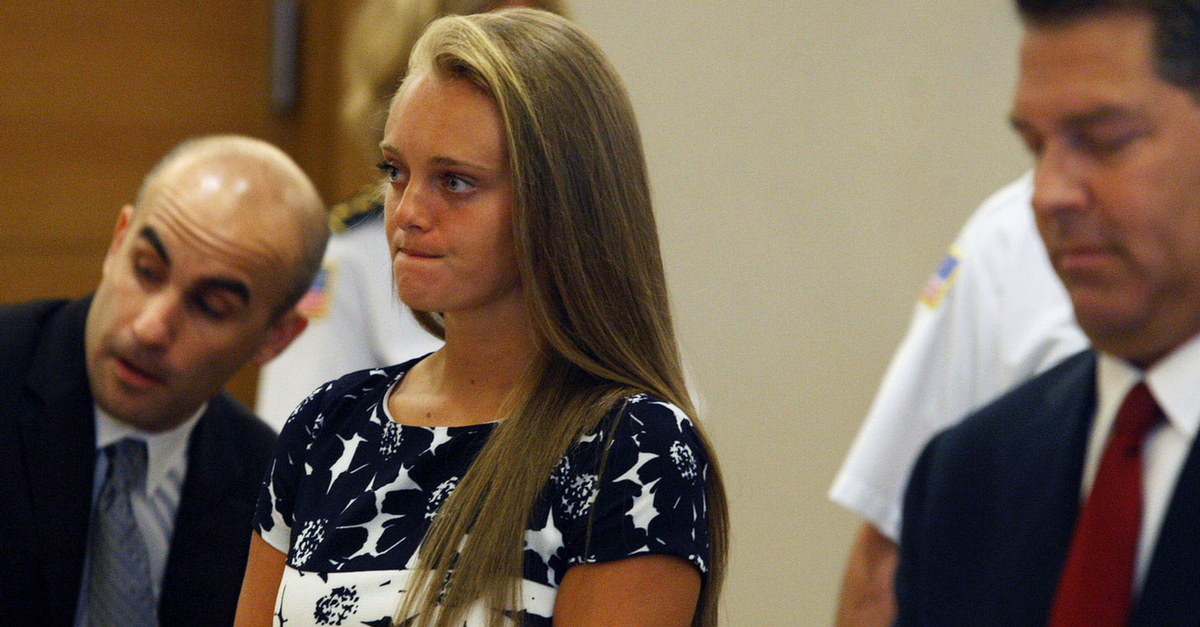 George Rizer/The Globe via AP, Pool
Michelle Carter stands with her attorneys at the Bristol County Juvenile Court in Taunton, Mass., Friday, July 29, 2016. Lawyers for Carter, charged with involuntary manslaughter for sending her boyfriend text messages encouraging him to take his own life, have asked a judge to suppress statements she made to police. (George Rizer/The Globe via AP, Pool)

Conrad Roy III’s mother has filed a $4.2 million wrongful death case against the young woman who talked him into committing suicide via text messages.

While the suit was filed back in July, it was first made public on Friday – one day after Michelle Carter was handed a 2.5-year sentence for her 2014 involuntary manslaughter. She was found guilty in June of having sent her boyfriend Roy a plethora of messages encouraging him to take his own life. He was later found dead in his truck from carbon monoxide poisoning.

“Obviously they want some closure with this case,” said attorney Eric Goldman who represents Lynn Roy, adding that the lawsuit gives the family “the ability, if they recover anything, to be able to do something for Conrad, to memorialize him.”

Additionally, the family wants to “help others” with “any funds they receive.”

Right before Roy passed away he reportedly stumbled out of his truck as it filled with carbon monoxide in a Kmart parking lot, and Carter told him over the phone to “get back in.” In a statement read on her behalf during Carter’s sentencing, the boy’s mother said she was “feeling so broken” that “someone would want to inflict so much pain on my son.”

RELATED: Videos from the courtroom capture the emotional tone of Michelle Carter’s sentencing