Menu
Follow us
Search
Menu
Search
WASHINGTON, DC - SEPTEMBER 24: (AFP OUT) U.S. President Donald Trump answers questions from the press after stepping off Marine One on the South Lawn on September 24, 2017 in Washington, DC. (Photo by Olivier Douliery - Pool/Getty Images)

Trump said in a tweet that “Subject to the receipt of further information, I will be allowing, as President, the long blocked and classified JFK FILES to be opened.”

The National Archives has until next Thursday to disclose the remaining files related to Kennedy’s 1963 assassination.

But Trump could have blocked the release on the grounds that making the material public would harm intelligence, law enforcement, military operations or foreign relations. 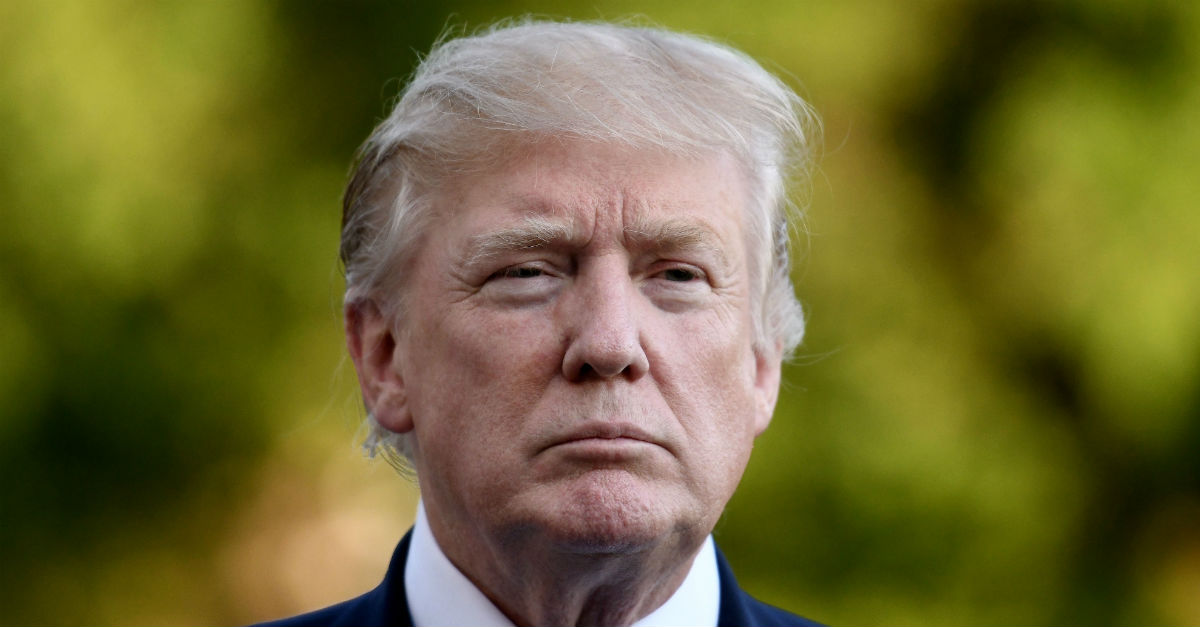