The agents were inspecting express mail from Hong Kong in late June when an X-ray of the package, which was Styrofoam and was labeled as containing a “plastic tray,” appeared to show live snakes inside. They opened it to find rows of holes in the Styrofoam casing with the animals inside it.

RELATED: This little girl doesn’t have a care in the world with her pet python wrapped around her

Luckily, the workers seized the package before it made it onto a plane and turned it over to the U.S. Fish and Wildlife Services.

“Our CBP officers perform numerous daily tasks to protect the United States from potential dangers. This seizure demonstrates our wide-ranging responsibility in protecting our borders and our partnership with the U.S. Fish and Wildlife Service,” said Leon Hayward, acting director of CBP’s New York Field Operations in the statement.

The king cobras were juveniles, but can grow up to 18 feet in length as adults, making them the longest poisonous snakes.

RELATED: Here’s a video of a chicken gobbling down a worm for breakfast–no wait, that’s a snake 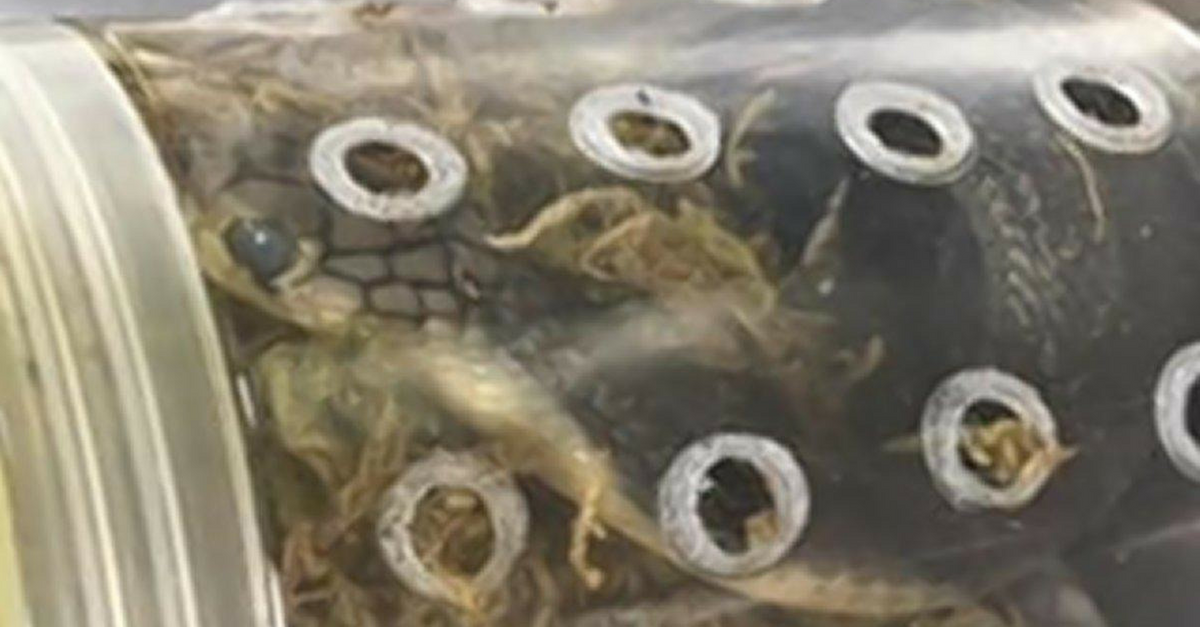