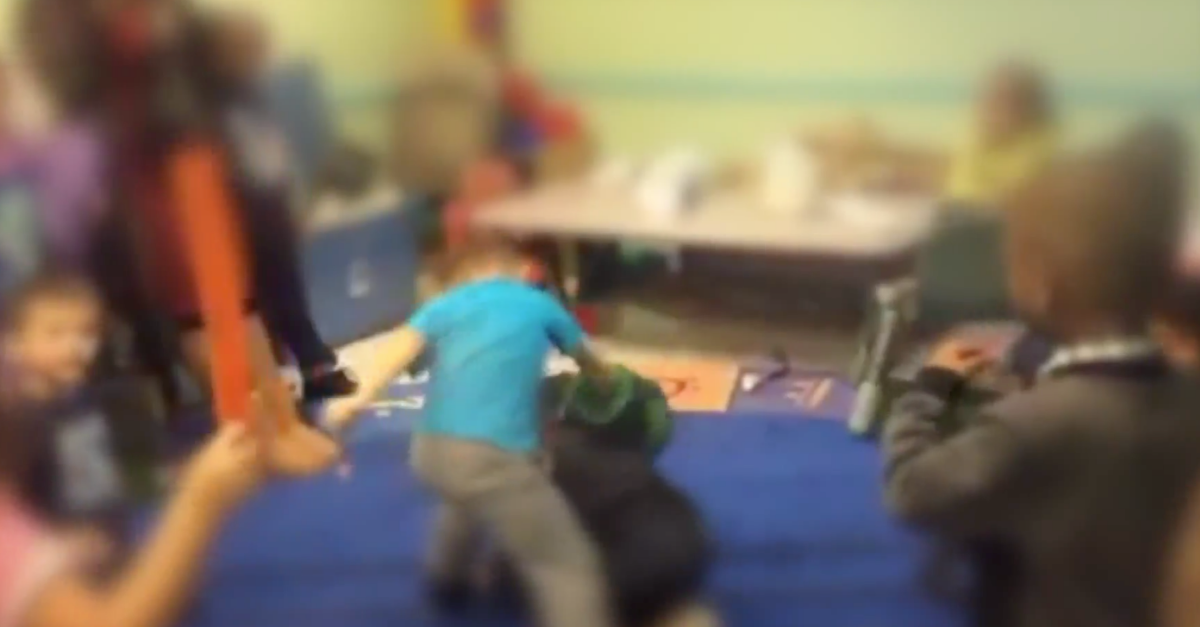 In 2016, teachers at the Adventure Learning Center in St. Louis, Missouri were caught organizing a fight club between their 4-year-old students because they needed a way to entertain the tiny children and somehow landed on organized beatings.

Now video of the incident has surfaced and been released by Fox 2 News in St. Louis. The video shows one kid just absolutely demolishing another kid. Both fighters (see also: toddlers) are wearing Hulk hands like boxing gloves. The really messed up part, though, is the teachers who are jumping up and down and celebrating. Go ahead and hit play if you have a little bit of faith in humanity you can spare to lose.

That is not an ideal form of childcare. The reason this was even caught on video in the first place is because a 10-year-old who was in the room next door was worried about his crying brother, who had already been in three fights, so the 10-year-old filmed it. There is also about 30 minutes of security camera footage of the incident. The teachers did this with security cameras in the room. Did the school hire these people on the street? This wouldn’t be appropriate at a prison, with prisoners.

The two teachers were immediately fired after the incident but the St. Louis Circuit Attorney declined to press charges. According to Nicole Merseal, the mother of the 10-year-old who filmed the incident and his 4-year-old brother who was forced to fight, the incident only stopped when her older son texted her the video and she called the office. She believes that if she hadn’t called the fighting would have continued.

Yeah the fighting would’ve continued. This would’ve become a weekly thing. Those teachers would’ve started live streaming it on Facebook and taking bets. Look how much fun they were having. Thankfully now these women will (hopefully) be restricted to starting workplace fight clubs in Long John Silvers kitchens where they belong.

This story was originally published October 30, 2018.

Watch: HERE ARE OUR PICKS FOR THE 6 BEST YOUTH HUNTING RIFLES AND SHOTGUNS