Teachers at a Seattle elementary school have planned to wear Black Lives Matter shirts in class on Friday, Sept. 16.

Marjorie Lamarre, third grade teacher at John Muir Elementary, said, “To be silent would be almost unforgivable, and I think we have been silent for almost too long.” Lamarre said that she had a responsibility to show her students that she was taking a stand.

Jennifer Whitney, an instructor, thought of the idea to put “Black Lives Matter, We Stand Together” as well as the school’s name on t-shirts. Whitney hopes that the display will encourage conversations about racial disparities in the criminal justice system and higher education system. The shirts were paid for with donations.

“I think we are going to get some pushback from the t-shirts,” said another teacher, JR Lorca, “but I think that is an invitation for families in the community that might not agree with us to come in and have a discussion with us.”

A spokesperson for the Seattle Public School district said that the teachers were supported. The students will be greeted by community leaders and role models during Friday morning drop-off.

RELATED: Colin Kaepernick’s jersey sales are skyrocketing so he’s decided to keep helping out others

Earlier in the week, the Seattle Seahawks carried out a similar protest inspired by San Francisco 49ers quarterback Colin Kaepernick. The Seahawks players agreed that any demonstration carried out would be a team effort, to show unity between Americans of all backgrounds.

The men chose to link arms together:

Wide receiver Doug Baldwin shared a video the day before indicating that the men would stand together to “ensure the riches of freedom and the security of justice for all people.”

The reactions to Kaepernick’s protest have been mixed, though it appears that his supporters include veterans, fellow athletes, former athletes and even the President of the United States. 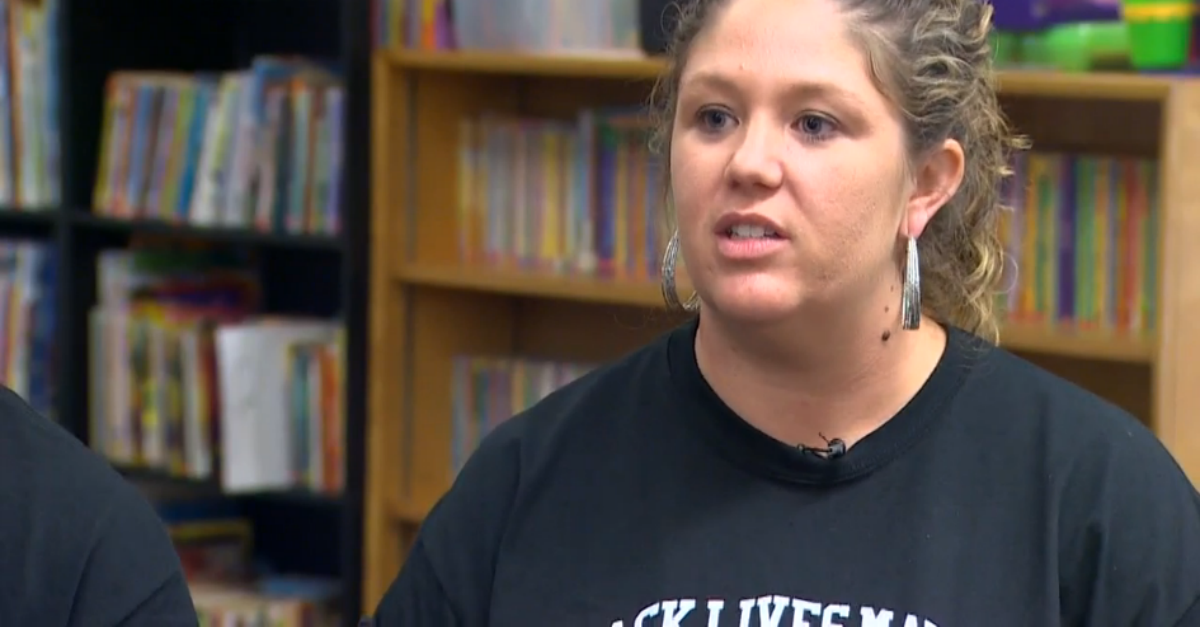