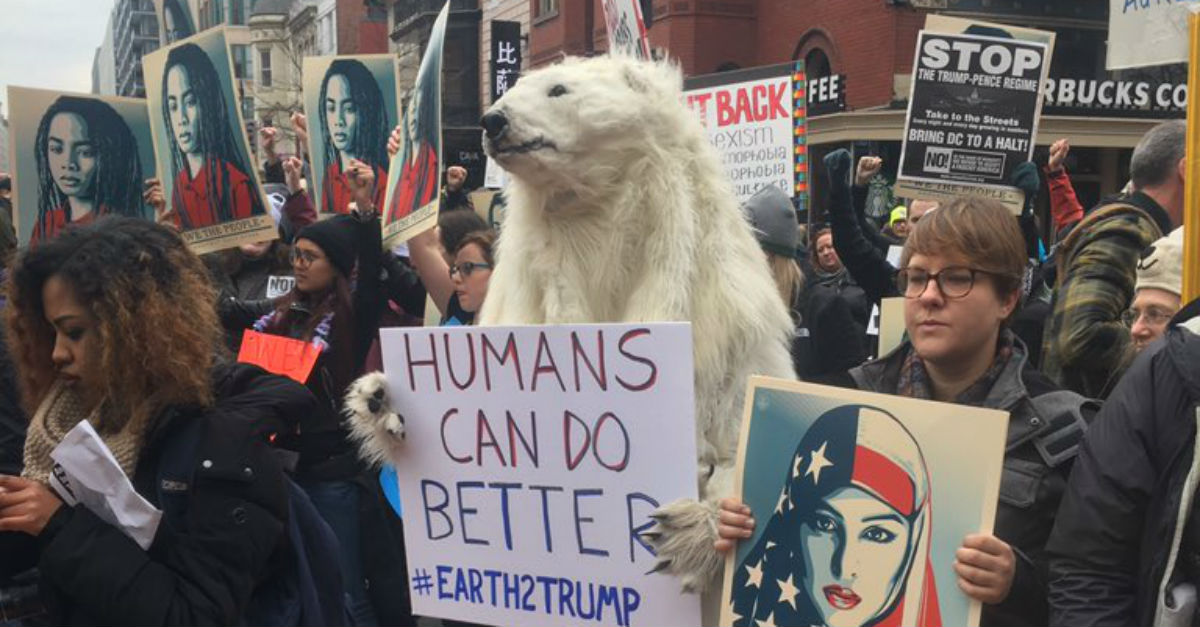 WASHINGTON DC — As Donald Trump entered the nation’s capitol to be sworn in as president, his new hometown had been transformed into an area that more closely resembles a war zone than the heart of the free world. Protesters at several entrances to the inauguration were blocking the paths of Trump supporters, casual bystanders and even the media. When Rare and other news organizations tried to move through, we were met with animosity and profanity.

RELATED: Inside the warehouse where the Women’s March prepares for their moment on the streets

Many of the protesters kept their faces covered and refused to talk to the media. At McPherson Square–where the DisruptJ20 Facebook group directed protesters to meet, young people of different backgrounds were eagerly awaiting directions from higher-ups. They stated that they were trying to “block supporters from getting in to see the coronation of Donald Trump” and “to disrupt the inauguration as much as possible.”

At one checkpoint the situation escalated when police began clearing the area. Several of those protesters told Rare that they were present at Standing Rock protests and they felt that the interests of the inaugural protesters and the Standing Rock protesters were closely aligned. At some locations, like Franklin Square, tear gas was shot into the crowds. In other areas where the protesters had gathered, police were directing people to move around the walls of people locked arm-in-arm.

RELATED: On inauguration eve, protesters in masks, lighting posters of Donald Trump on fire made their stance clear

One protester said that he intends to stay in Washington until the Trump administration is “ousted from power.” There are reports of the groups breaking windows and the city seems near the edge of riot.