Delta Air Lines is at the center of another flight seat controversy, this time involving a family 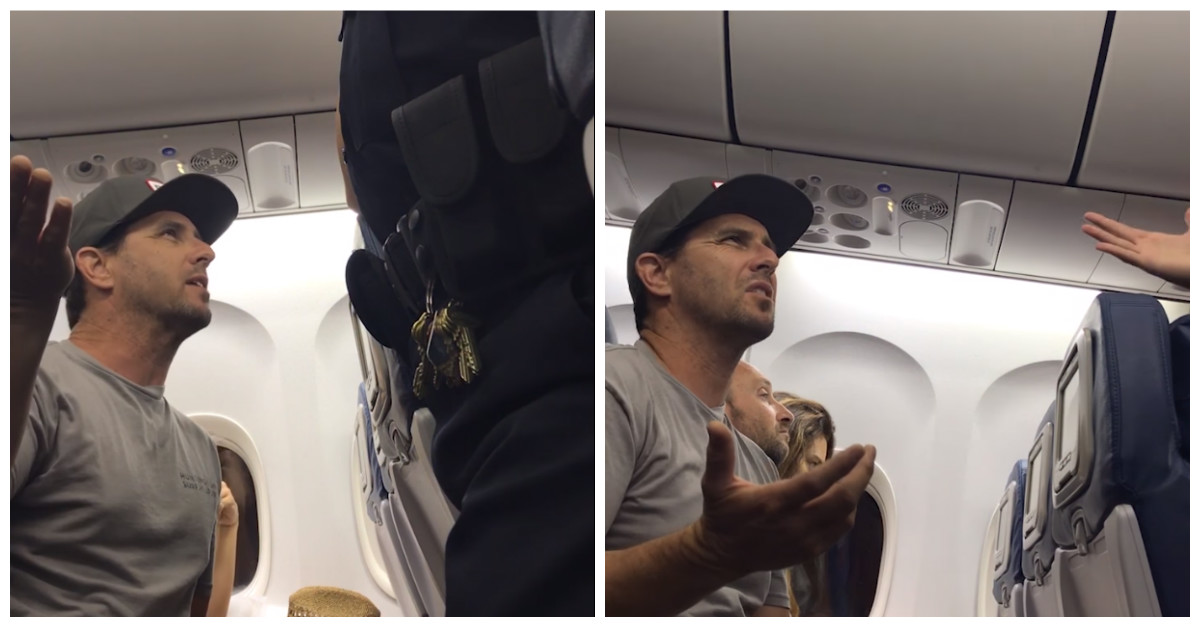 Another day, another video of an airline overbooking a flight. This time, it’s Delta that’s in the spotlight.

Brian Schear was on his way to Los Angeles from Maui when airline officials and police boarded the flight and told him that he would have to give up his seat. Schear explained that he originally bought four tickets; though he has three children, he planned to hold his youngest child in his lap for the flight. However, Brian then decided to send his 18-year-old son home on an earlier flight so that his two toddlers could have their own seats.

RELATED: Just when you thought the airline nightmare was over, a Delta pilot was caught on video smacking a passenger

As the video begins recording, one of the officers explains that if he doesn’t give up his seat, “it’s a federal offense.” The officer added that he and his wife could find themselves in jail and their children would be taken from them. The airline employee explained that FAA regulations state two-year-old children cannot sit in a car seat but have to be in their parents arms. However, that regulation doesn’t seem to be on the FAA website — the website even states “the safest place for your child on an airplane is in a government-approved child safety restraint system (CRS) or device, not on your lap. Your arms aren’t capable of holding your child securely, especially during unexpected turbulence.”

Schear repeatedly tells the employees, “You need to do what’s right,” and “I bought that seat.” Delta has not released an official statement, though the Schear family told ABC that the airline contacted them on Wednesday after their story started gaining traction on the internet.