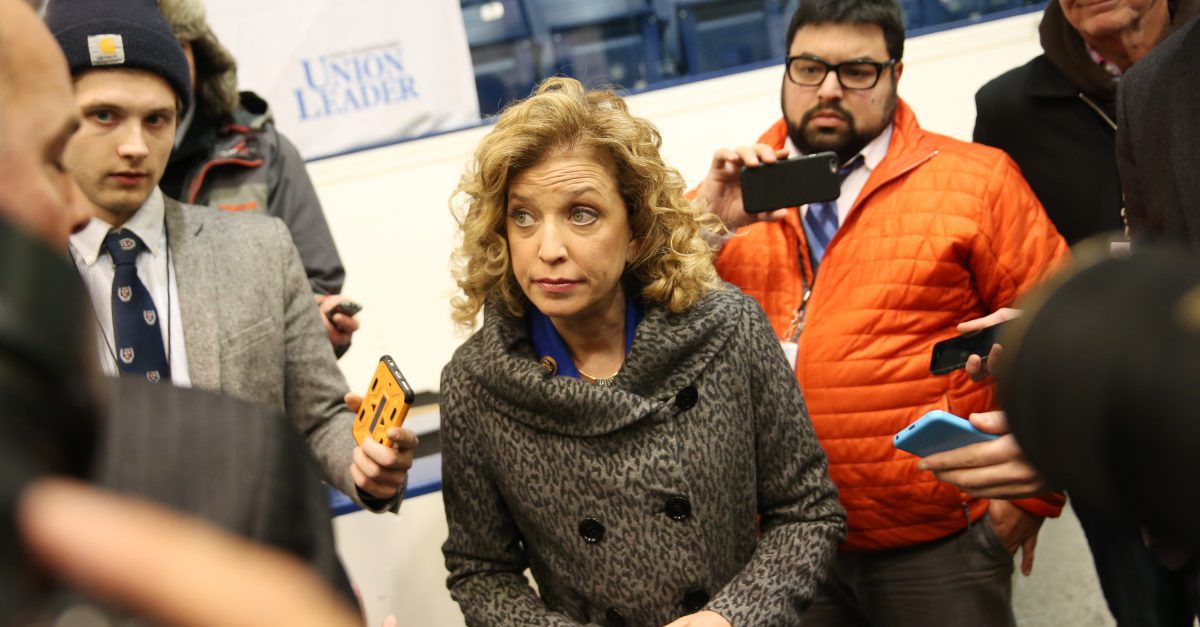 Andrew Burton/Getty Images
MANCHESTER, NH - DECEMBER 19: U.S. Representative Debbie Wasserman Schultz (D-FL 23rd District), who is also the Chair of the Democratic National Committee (DNC) speaks to reporters before the democratic debate on December 19, 2015 in Manchester, New Hampshire. The DNC has been criticized for the timing of democratic debates during the 2016 presidential race. (Photo by Andrew Burton/Getty Images)

New DNC Chair Tom Perez seems prepared to make big changes to the committee, asking all staff at the Democratic National Committee to submit resignation letters by the end of April.

It’s not a complete surprise; NBC News reports that staffers were told to expect some turnover, and changing staff is routine with a leadership change of this magnitude. Coupled with layoffs in December, Perez has the ability to completely remake the size and shape of the national party infrastructure.

Democrats have alternated between internal finger-pointing and uneasy soul searching after an intensely rocky year. The painful 2016 cycle capped eight years under President Obama that saw the party lose more Senate, House, Governor and state legislative seats than under any other president in American history. Last year saw the abrupt resignation of then-DNC chair Debbie Wasserman Schultz as well as a presidential primary that many believed favored Hillary Clinton.

But this year — with a party in disarray and a president seemingly devoted to erasing his predecessor’s work — Tom Perez and the Democratic Party will have their hands full. Perez told NBC News he’s “in active listening mode.” He has held meetings with Democrats inside the Beltway and around the country to gather ideas.

“We’re repairing a plane at 20,000 feet,” he told the network, suggesting his view of the magnitude of the task in front of him. “You can’t land the plane, shut it down and close it until further notice.”