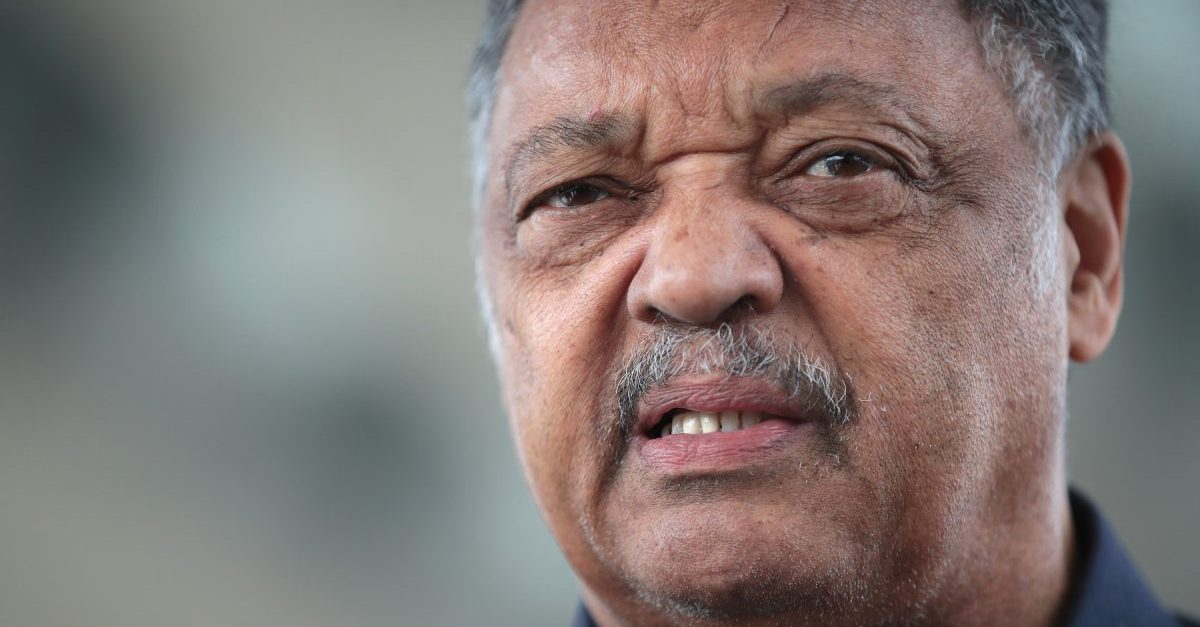 Scott Olson/Getty Images
CHICAGO, IL - APRIL 12: Civil rights leader Reverend Jesse Jackson leads a small group from the Rainbow PUSH Coalition in a protest outside the United Airlines terminal at O'Hare International Airport on April 12, 2017 in Chicago, Illinois. United Airlines has been struggling to repair their corporate image after a cell phone video was released showing a passenger being dragged from his seat and bloodied by airport police after he refused to leave a reportedly overbooked flight that was preparing to fly from Chicago to Louisville. (Photo by Scott Olson/Getty Images)

According to Jackson, the disease took his father’s life and was recently discovered during a battery of tests.

MAJOR ANNOUNCEMENT to my friends and supporters on my health and the future. pic.twitter.com/JkuDNpxkix

“Fora while, I resisted interrupting my work to visit a doctor,” Jackson writes in a statement to the press. “But as my daily physical struggles intensified I could no longer ignore the symptoms, so I acquiesced.”

“After a battery of tests, my physicians identified the issue as Parkinson’s disease.”

Jackson goes on to describe the pain that has come with understanding the realities of the disease, and the passion he feels for slowing the disease’s progression, via physical therapy.

“I will continue to try to instill hope in the hopeless, expand our democracy to the disenfranchised and free innocent prisoners around the world,” Jackson writes of his future.

After saying that he would rather “wear out” than “rust out” Jackson asks that people “KEEP HOPE ALIVE.”

Jackson rose to prominence in the 1960s thanks to his friendship with Dr. Martin Luther King Jr. and his work in the civil rights movement, specifically the Southern Christian Leadership Conference. He sought the Democratic nomination to become the next President of the United States in 1984 and 1988. For the last six decades, Jackson has been a constant figure in American politics and is often seen on television. He hosted his own CNN show from 1992-2000.

Shortly before he announced his medical diagnosis, Jackson was accused of sexual harassment by writer Danielle Young.